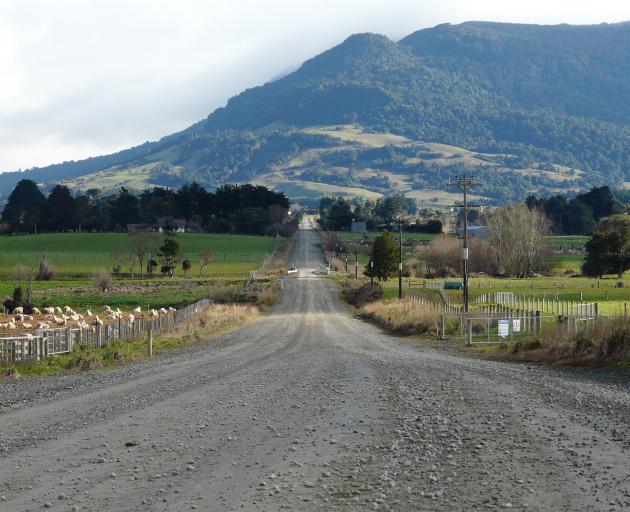 Clutha District Council has amended heavy vehicle rules for winter use of Tahakopa Valley Rd in the Catlins, following a complaint from roading contractors about its closure. Photo: Richard Davison
A Catlins contractor has praised Clutha District Council for its "common sense" approach to compromise, after a road closure stoush threatened to escalate.

On June 19, JGR Contracting director Jarrod Ramsay told the Otago Daily Times the council was costing him up to $20,000 a week, following its winter closure of Tahakopa Valley Rd to heavy vehicles earlier in the month.

The closure - for vehicles greater than 3500kg - applied until September 1, and was to protect the road's integrity, the council said.

Since Mr Ramsay operated a freight and road-building business from a quarry in the valley, which serviced rural clients using the 20km stretch of gravel road, the closure effectively prevented him from doing business.

After the ODT story, Mr Ramsay said he had met council chief executive Steve Hill and roading staff on June 25.

The meeting had been "friendly", and "common sense" prevailed, he said.

"The situation was caused by a miscommunication. There was a lack of clarity about exactly what the rules meant for our activities on the road, which wasn't helped by some misplaced signs. But we got it sorted and we're back using it, so we're fine."

He reiterated his commitment to keeping the road in good condition.

"We're roading contractors who depend on the road being in good shape. We simply won't use it if the conditions don't allow for it."

Mr Hill said he welcomed the understanding that had been reached.

"The meeting was informative for both parties, clarity was reached and the rules amended as a result. Dealing with complex situations by email sometimes doesn't throw up all the information you need."

The amended rules allow for "normal farming practices" to take place if an application for exemption is made.

Transport companies engaged in stock movement should make an application each time they use the road, by emailing council customer services.

Weight, speed and number of trips per day were all limited, depending on activity.

No permits would be issued for logging activities.

Mr Hill said heavy vehicles planning to use the road should first contact the council.