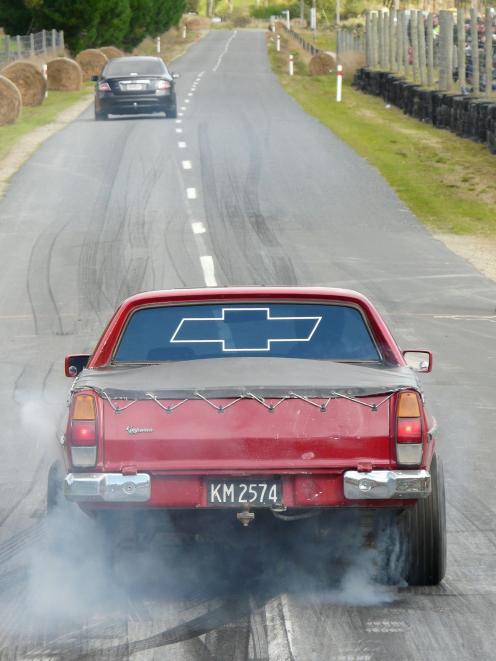 In 2007, Lawrence friends Chook Ryder and Roger Binnema teamed up to set a 9.4-second record down the 440-yard (402m) Wetherstons straight that remains the benchmark today.

"A couple of local boys will be turning out in their cars hoping to set new records on the day. One is a Holden ute which has had extensive work done on it."

A mysterious Holden Commodore had also been "tickled" in preparation for the day.

"I don't know a lot about this one but I'm hearing good things, so spectators should keep an eye out."

Mr Bazley expected a large turn-out of T-Buckets and other exotic cars, as well as local drivers backing themselves to beat the clock in vehicles from "classics to moderns and special builds".

Anyone with a current driver's licence could enter, although three key rules must be observed: a compliant helmet and 100% cotton overalls must be worn; the highest grade of fuel to be used is Avgas; and strictly no dogs.

Mr Bazley said safety was paramount at the event, now in its 27th year, and families were welcome.

"However, we do ask that parents think of their children's hearing, and bring some sort of hearing protection for them."

Proceeds from entry fees (spectators aged 12 and over $10, drivers $55) would go to local good causes.