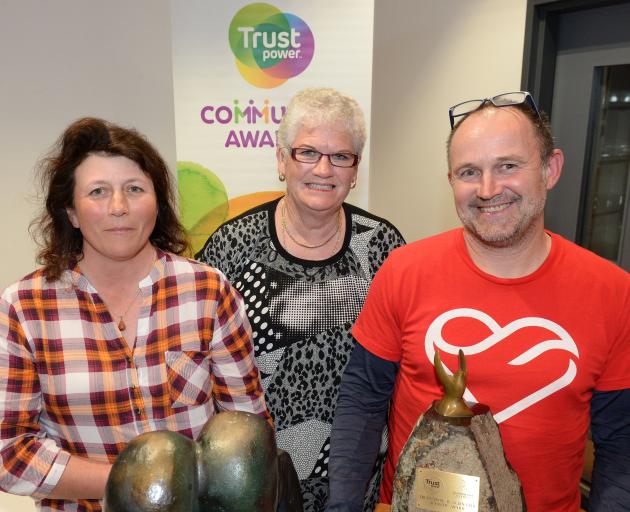 A joint event for Dunedin and the Clutha District, which was held at Toitu in October last year, would be the last run under its banner, community media manager Emily Beaton said yesterday.

The change was not a "cost-cutting" exercise, she said, but an "evolution".

"For more than 25 years the awards have been part of Trustpower's DNA, but we were finding the format wasn't bringing new groups through and, in March, we decided to make a change."

No formal announcement was issued as the company wanted to "explore all options" before "touching base" with its partner communities, she said.

"The awards have been in the limelight for so long it's a big challenge for us to take this step forward, and look at how we and our communities can best engage in future. But we definitely want to continue to do so in a meaningful way, and welcome people's feedback as to what that could look like."

The company had been consulting awards partners - mostly councils - around New Zealand, she said.

"There's been a mix of reservations, combined with enthusiasm to refresh things or take civic awards in a new direction under council control. We're very happy for that to happen."

Among those taking up the baton was Clutha District Council, which reinstated its individual awards last month.

Clutha Mayor Bryan Cadogan praised Trustpower for its contribution over the years, and said the council would now look to expand its own event.

"There are just ideas at the moment, but perhaps we could integrate with other local awards ceremonies. It's definitely an area we want to promote and grow."

Dunedin Mayor Dave Cull said the Dunedin City Council had not yet given consideration to whether it would fill the gap with its own awards.

"There are other ways in which some of our volunteers are recognised, for example, at the recently held Keep Dunedin Beautiful Awards," Mr Cull said.

Waitaki Mayor Gary Kircher said the district might also expand its awards programme in light of the change.

"Waitaki is considering whether to take on the role of running a similar programme, which would be in addition to our annual Citizens' Awards."

A Queenstown-Lakes spokesman said the council had "no plans" to expand its "Spirit of Wakatipu Awards" programme.

Ms Beaton said Trustpower would make an announcement regarding its future plans for community sponsorship "before the end of the year".