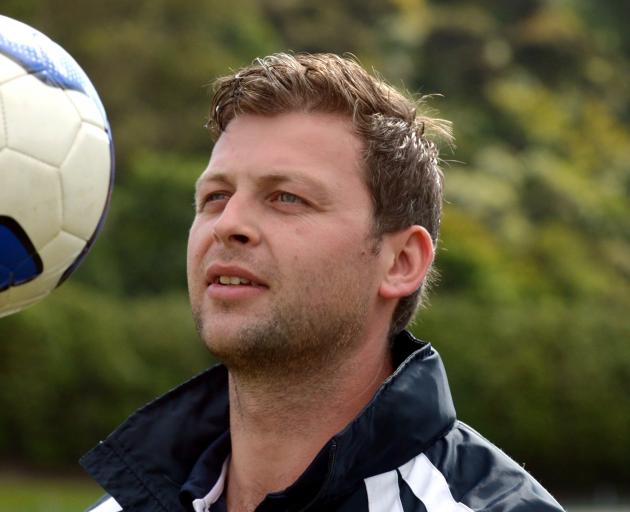 Football South chief executive Chris Wright.
Football authorities say player safety is being reviewed after a ''freak incident'' in which a goalkeeper's head hit a netting hook at the weekend.

The incident, which led to an Otago Regional Rescue Helicopter call-out, occurred during a Football South men's division 7 fixture between Balclutha AFC and Otago University AFC in Balclutha on Saturday.

During what Varsity committee member James Coombes called a ''goalmouth scramble'' in the match's second half, the team's goalkeeper, whom he would identify only as ''Harry'', came to grief when his head hit a netting hook attached to one of the goal supports.

Mr Coombes said the match was stopped immediately and emergency services were called.

It was not clear whether the victim lost consciousness during the incident, but his injuries were considered severe enough to summon the rescue helicopter, and he was airlifted to Dunedin Hospital.

The match was abandoned out of respect to the player, Mr Coombes said.

He said the injury was a ''freak incident'', for which he believed no-one was at fault.

''We'd like to thank Balclutha for their support and exemplary reaction to the incident. Unfortunately this is a contact sport, and accidents sometimes happen.''

The injured player was not in a critical condition, and was ''doing well''.

Football South chief executive Chris Wright said he would await full incident reports from both clubs before commenting in detail.

However, he indicated an investigation would follow and measures taken to avoid a recurrence.

''Most important here is the wellbeing of Harry, and the future wellbeing of all our players in regard to potential incidents of this type.

''Goalpost injuries do happen, but something like this is pretty rare, so we want to ensure it never happens again.''

''Something like this is a bit of a shock for everyone in the game, so we've offered to help club members potentially affected by the experience.''

Mr Simmonds said the netting hooks, which were about 25 years old, had since been permanently removed, and would be replaced with a safer alternative after talking to authorities.

There are no 'freak' accidents. Not with a hook protruding at goal.