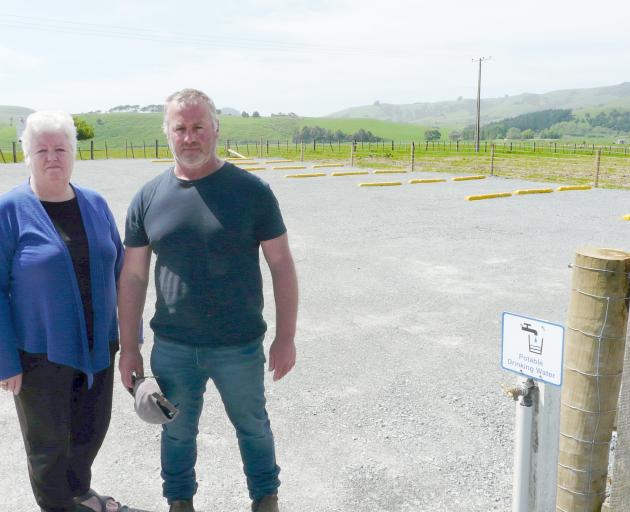 Owaka residents Jenny Kinley and Trevor Hewson are concerned about misuse of a new freedom camping site in the town during peak season this summer. PHOTO: RICHARD DAVISON
Residents say they remain "angry" and "afraid" about possible consequences of a trial freedom camping site in Owaka, opened recently in the teeth of local opposition.

The eight-berth self-contained camper van site on Inn St, behind the Catlins Inn, was opened by the Clutha District Council at Labour Weekend, despite a series of recent community meetings at which neighbours and local accommodation providers objected strongly.

Since it opened, Owaka motel owner Trevor Hewson had been monitoring activity at the site, and at the area's Doc and commercial campsites.

"I've seen as many as five vehicles using it so far, and a total of two that looked like they were unlikely to be self-contained. There was also a commercial ute parked there one night.

"On the night there were five here, there were a total of four at commercial campgrounds locally. So you could argue that's five customers lost to local business as a result."

She said many now feared the consequences of freedom camping seeming to be "encouraged" in the town.

"We're terribly afraid that when it gets cranking it will be chaos. Already it was very noisy on Saturday night when I visited my son, and even with relatively small numbers of visitors there are signs traffic, litter and general behaviour could be a problem."

Both Mr Hewson and Mrs Kinley emphasised the need for "effective" monitoring of the site by the council's responsible camping ranger, Scott Martin.

Mr Hewson also wanted to see signage erected deterring campers from parking at undesignated sites in the town and district.

"I haven't seen Scott yet, but there needs to be someone here at peak times checking on self-containment, behaviour and noise.

While acknowledging the project had "polarised" residents, Clutha Mayor Bryan Cadogan said the council was happy to see the trial begin.

"This will fulfil the need for the vast majority of people in the Catlins. We look forward to a successful trial."

The project had come in under its budget of $25,000, and would be reviewed at the end of the season. 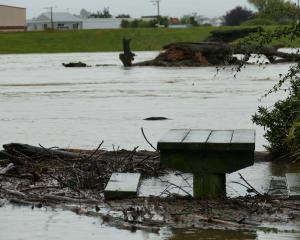 These folk must have living in a hole. This trial was well consulted on during the Our The Catlins roadshows (which were well publicised, letterbox drops etc.) held in Owaka, its been all over the CDC website and FB page and a notice went out with a rates demand and prior to its sign off this proposal has appeared in nunerous in print media stories including the ODT. You want to heard? Make your views known during the consultation process instead of whining after the fact.