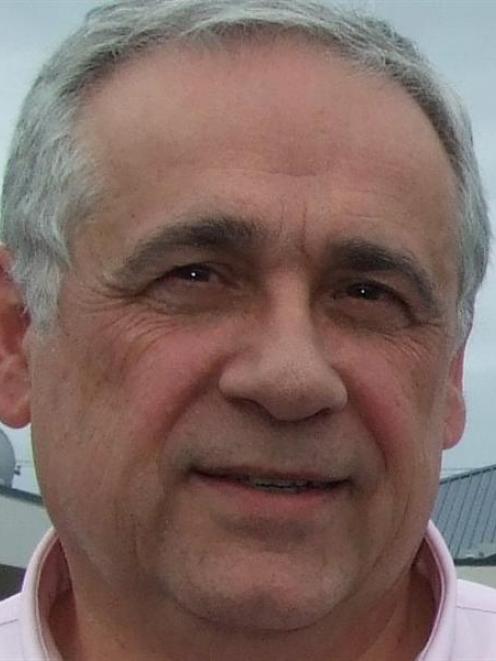 Ray Anton.
Clutha Health First's chief executive is confident the $2.4 million upgrade of the community-owned hospital in Balclutha will be completed in time for its opening at the end of the month.

Clutha Health First is undergoing its first major upgrade, split over five stages, since the centre opened on December 1, 1998.

''All is going well. Over the next couple of weeks, all major remedial work will be finished.''

Some painting would have to wait until the weather improved, he said.

The redeveloped facility will be opened by the deputy prime minister, Bill English, at noon on August 30.

The physiotherapy department has been relocated to the Clyde St side of the building and the former physio space was gutted to make way for the new medical assessment unit.

Clinical director Gary Reed said the unit was up and running after equipment was fitted and commissioned two weeks ago.

The area was a dedicated stand-alone unit with two assessment bays, two consulting rooms, and equipment for patients requiring a higher level of observation, he said.

''The space makes assessment of patients a lot easier. It's a more efficient area to treat higher-need patients.''

The unit had made it easier to manage more than one patient at a time.

It also used the three new Philips IntelliVue machines, which monitor heart rate, breathing rate, oxygen levels, temperature and transmit from anywhere in the hospital to a central point in the nurses station.

Mr Anton said they were still waiting on signs for the new car park off Clyde St, and many were using the Clyde St exit as an entrance.

There were limited parking spaces for patients and visitors, and some residents were using the car park while they visited shops and businesses, Mr Anton said.

''It's a car park for patients and visitors to the hospital, not a public car park.''

The old Findlaters building in Clyde St was demolished in April to make way for the car park, as building code changes meant the building was not suitable for renovation.

The five-stage upgrade began in May last year and was expected to take about 12 months.

Mr Anton said the building committee was still reconciling figures but hoped to know if the project was on budget in the next two weeks.

The rear doors at Charlotte St are locked to the public, and entrance to the hospital should always be via the main reception area, he said.