'I will co-operate fully': but he didn't 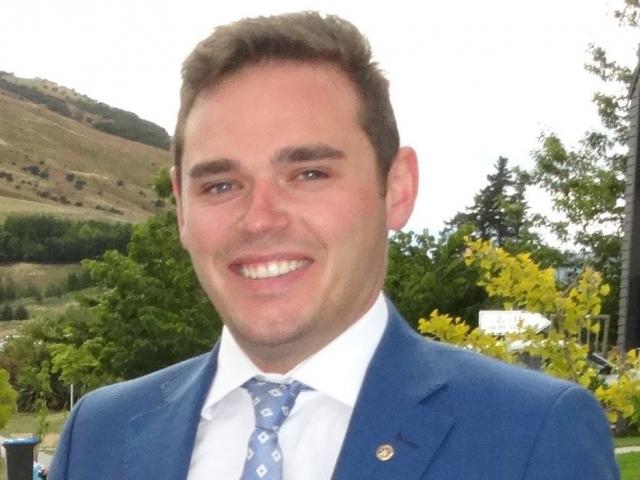 Todd Barclay.
The National Party in Clutha-Southland was bitterly divided by fallout from a police investigation into electorate MP Todd Barclay.

A police file released for the first time has revealed the efforts of police to speak to the MP, and the breakdown of the relationship with a long-serving staff member. Reporters Eileen Goodwin, David Fisher and Nicholas Jones report.

Prime Minister Bill English is standing by Clutha-Southland MP Todd Barclay after revelations the MP refused to co-operate with a police investigation into allegations he secretly recorded a staff member. 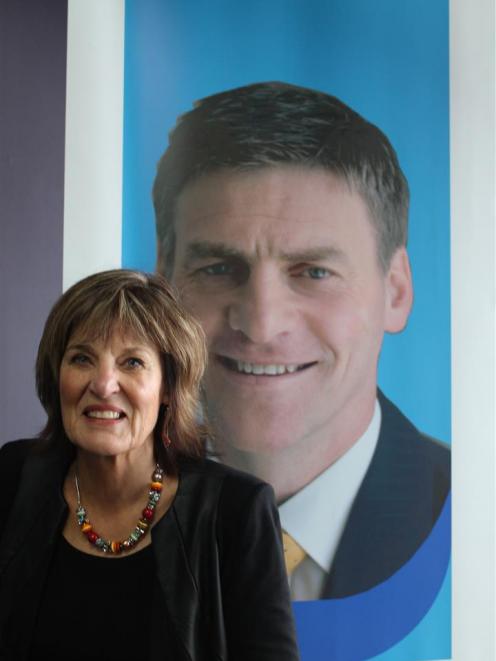 Former Gore electorate agent Glenys Dickson, in front of the Clutha/Southland electorate office featuring an image of its then MP, Bill English. Photo by Margaret Phillips.
The staff member at the centre of the allegation and others connected to the matter also worked for, or have long-standing ties with Mr English and are deeply loyal to the Prime Minister.

Yesterday police released documents related to the investigation that show Mr Barclay refused to co-operate, despite saying publicly he would.

Mr Barclay did not return phone messages left for him by the lead detective on the inquiry and had a lawyer contact police to say he would not be making a statement.

Last year Mr Barclay told the Otago Daily Times: ''If they do contact me on any matter, then I will co-operate fully.''

The police investigation was into whether Mr Barclay had breached a section of the Crimes Act around ''use of interception devices''.

The police investigation file released under the Official Information Act gives a detailed account of the breakdown in relations between staff working in the electorate and Mr Barclay, who took over the seat from Mr English in 2014.

Mr Barclay entered Parliament that year aged 24 and was the first MP to be elected from those born in the 1990s. His role has been fraught with controversy over the allegation he illegally recorded his staff.

Mr English declined to comment on Mr Barclay's lack of co-operation with police, saying the matter had been resolved.

''It was an employment dispute, the police have had a look at it, he's been re-selected, and I think that's pretty much the end of it.''

Mr English would also not comment on his own involvement in the investigation.

''I was the local MP, I knew the two people pretty well, but I'm not going to comment any further than that.''

He was disappointed with the disagreements in his old seat but said it was ''time for everyone to move on''.

In a statement, Mr Barclay said it was his ''right'' not to make a statement to police.

There had been a breakdown in the employment relationship with former Gore electorate agent Glenys Dickson, he said.

''I had received complaints about the conduct of a staff member from members of the public and I referred the matter to Parliamentary Services.

''As the legal employer of support staff, they acted as they deemed appropriate and embarked on a disciplinary process. It is an employment matter and, as I've said in the past, I can't go into details through the media.

''During the process my lawyer was asked by police if I wanted to make a statement. We talked about it and decided to decline the police's invitation, as is my right.

''The police looked into a complaint made by the former staff member and decided not to take it any further - that's the end of the matter for me,'' Mr Barclay said.

When contacted last night, Mrs Dickson denied she had ever been the subject of complaints from the public.

The issue had not been raised with her previously, she said.

''If someone complained about me, would you be telling it to the media a year later?

''I dispute what Mr Barclay is saying.

''It's very disappointing after 17 years of working for a highly esteemed politician [Mr English] to be accused.

''I don't think it's helping anybody, actually.''

There were no charges laid following the 10-month long investigation, with police eventually stating that there was insufficient evidence.

The allegation led to division among the previously united Clutha-Southland National Party, which has a membership said to be 1500-strong. It led to Mr Barclay facing - and surviving - a selection challenge from Simon Flood, a former Merrill Lynch banker.

The investigation file includes a statement from Detective Inspector Tony Hill detailing attempts he had made to arrange an interview with Mr Barclay about the allegations.

He said he was brought in to manage the investigation in March last year and contacted Mr Barclay twice in July 2016 to request an interview about the claims that had been made.

The first attempt to contact Mr Barclay by telephone took place on July 12 last year, when Det Insp Hill's call went to an answer message. He was sent a text saying Mr Barclay was out of the country until July 29.

His statement reads: ''I subsequently received a call from Mr Barclay's solicitor advising he would not be making a statement in relation to this investigation.''

While Mr Barclay had earlier said he would co-operate with police, he later said he had not spoken to detectives.

In November, he said: ''I have not spoken to the police about any alleged complaint. Parliamentary Services is responsible for staffing issues so, at the end of the day, they are the employer and it's not appropriate for them, or me, to be talking about employment matters.''

Asked directly if police had asked to speak to him, he said: ''As I have made clear, I have not spoken to the police about any alleged complaint.''

The names of the staff members were blacked out in the police release but The New Zealand Herald and Otago Daily Times have been able to confirm the identities of those who were interviewed.

The inquiry began with a complaint to police by Mrs Dickson, who had worked for Mr English for 17 years. Electorate agents are employed by Parliamentary Services but work closely with MPs and often act on the MP's behalf during a politician's absence.

On February 29 last year, Mrs Dickson told a detective sergeant at Gore police station she had been asked to stand down as manager despite a positive performance appraisal. At the same time, she had heard discussion in the community about a ''breach of confidentiality''.

She said she contacted an employment lawyer and was told it was a case of ''unfair dismissal''.

The lawyer then approached Parliamentary Services to put forward conditions around leaving the job and severance pay.

''They also told her about the recordings that Todd had,'' she said to police.

The lawyer contacted Parliamentary Services for further discussions and was told it had changed position on her exit and her initial offer had been accepted.

''It seemed strange they had changed their decision so quickly within a day,'' she said.

''I have real concerns some of my private conversations have been listened to and recorded. My expectation is that I would have been able to make private and personal calls from my office without them being listened to.

''None of the staff were ever notified by Parliamentary Services that any phone calls were to be monitored.''

She said she had been told by another person who dealt with Parliamentary Services that Mr Barclay had recordings of conversations she had.

''I have no idea how these recordings would have been done.''

Mrs Dickson told police of a conversation she said she had with Mr Barclay in January 2016 in which he was alleged to have said ''he could go to Spark and pay $5000 and get copies of my telephone conversations''.

''This was certainly said as a threat. He said that to me in his office.''

The breakdown of relations took place against a backdrop of suspicion and clashes between Mrs Dickson and Mr Barclay. She told police: ''I stood up to him and challenged him on a number of issues, as I believed it was quite inappropriate the way that he was behaving.''

She said there was also dissatisfaction from those in the community. ''Some of these conversations were around Todd's performance issues and some of these people not happy with the way things had been done [by] Todd.''

Another staff member in the electorate office told of a phone call from Mr Barclay on the day Mrs Dickson was meeting Parliamentary Services to discuss deteriorating relations. He told her it was ''really important I got all the locks changed in the office''.

The file also includes an interview with former electorate chairman Stuart Davie, who resigned during the breakdown of relations. He said he had confronted Mr Barclay with the allegations and was told: ''I did not tap any phones.''

The police investigation appears to have been hampered by rules around seeking search warrants for any premises controlled by Parliamentary Services.

Police also considered getting a search warrant for Barclay's home to look for a Dictaphone, the documents show.

The papers show that there was a hope he would provide the device voluntarily.

Detective Superintendent Peter Read asked Det Insp Hill to consider the issue at the same time he gave him the green light to go ahead with seeking an interview with Mr Barclay.

''We will need to have the capability to execute search warrant(s) if necessary for the Dictaphone. I would prefer that we asked him to provide it by consent at the time we conduct the interview.''

Det Supt Read told his colleague there were special rules for seeking to search a politician's property.

Yesterday, Mr Davie confirmed he had stepped down as chairman of his local party branch, Waikaka, last month, a year after his resignation from the electorate-wide role.

''I backed away because I wanted to move on; there's other things more important in life.''

Mr Davie emphasised it was time to ''move on'' from the row, and he did not want to comment on Mr Barclay's police file release.