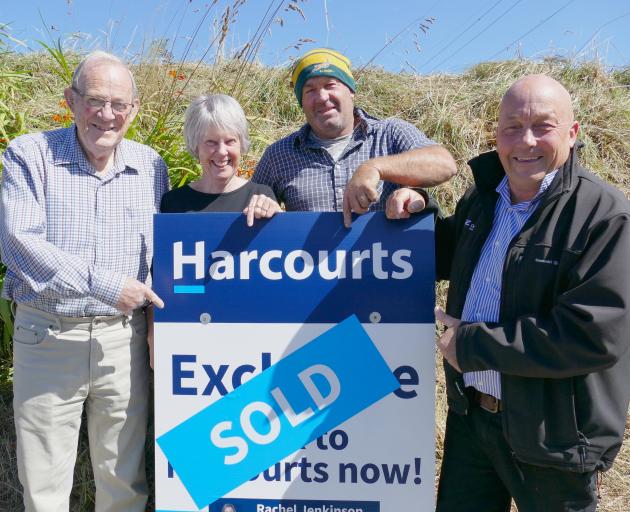 The campaign took off after it was picked up by international media, and at the time led to tens of thousands of inquiries from across the world.

In the end four houses had been completed as part of the campaign and a fifth was under construction.

Project leader Evan Dick said yesterday although progress to date had been relatively slow, fresh financial assistance from the Tindall Foundation and Clutha District Council would significantly accelerate the next phase.

"We secured the last of 11 sections just last week, thanks to funding from council. We’ve got plans already under way for the first three builds, two local builders in place to drive the project, and will be sourcing materials and contractors locally.

"This is really an offshoot of the original project, where we learnt what worked and what didn’t, so we’re confident we’ve got the formula right now, and can’t wait to start."

He said five prospective buyers were already engaged with the project, and he hoped all 11 homes would be in place within three years.

Mr Dick said the initial phase of the project had already begun a transformation of Kaitangata from sleepy, to sought-after.

"The goal has always been to get young families to move in and stay, helping bring the town and its clubs and facilities on, and generating its own momentum.

"You only need to look up the main street to see that’s already happening. This next phase should really kick that on."

The houses — costing about $350,000 each — would be constructed two at a time on a rolling basis, using funding from the Tindall Foundation.

"We can’t thank the foundation and the council enough for their vision and support in getting this going. We came to them with a plan, and they shared our excitement."

Clutha Mayor Bryan Cadogan said the council contribution to the project of $400,000 would be rates-neutral, and fully recovered on the sale of each home.

"Council is thrilled to be involved with this project, which ticks every box for what we’re trying to achieve in Clutha.

"The dominant theme from all our employers locally is more homes for more staff, allowing growth to occur," Mr Cadogan said.

"This could be a fantastic model for other small communities right across New Zealand,
so we’re very happy to be involved."