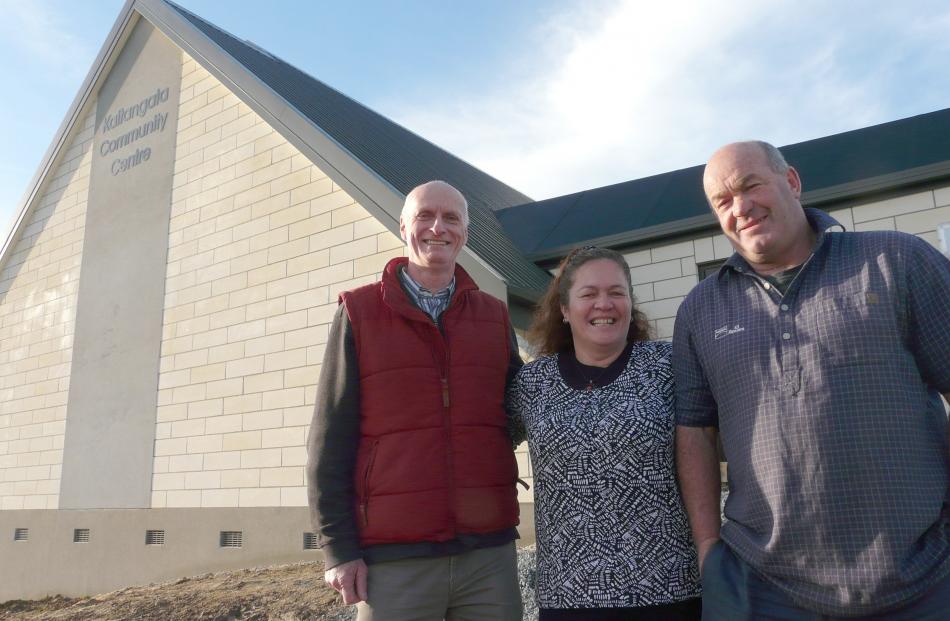 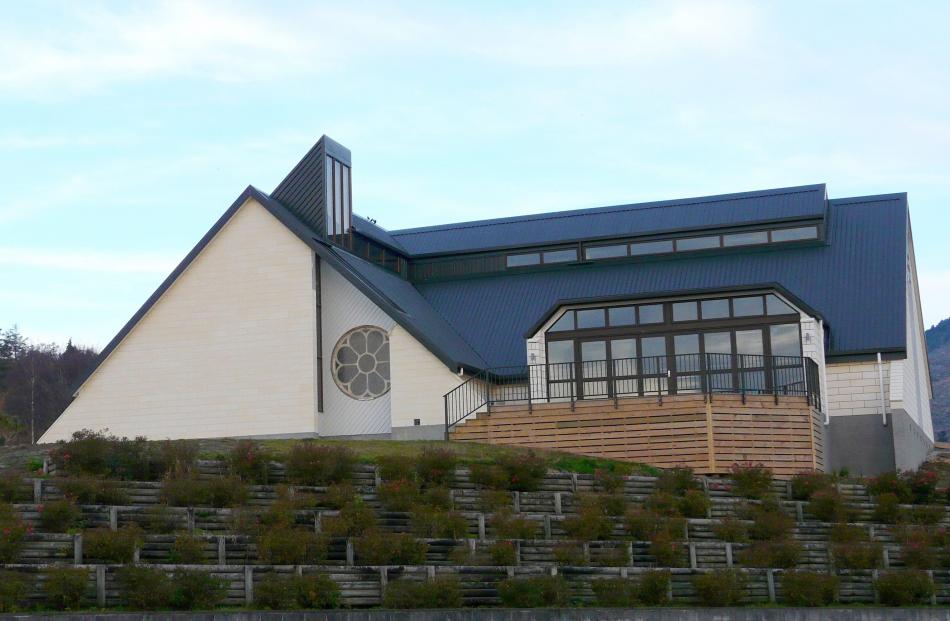 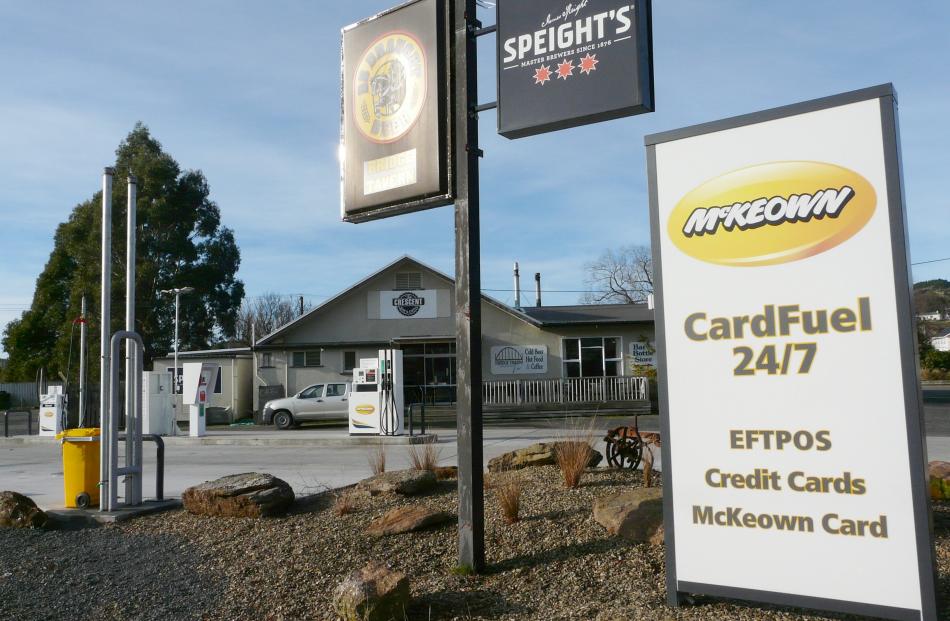 The town has seen a resurgence in amenities recently, including a new fuel stop adjoining a rejuvenated pub. 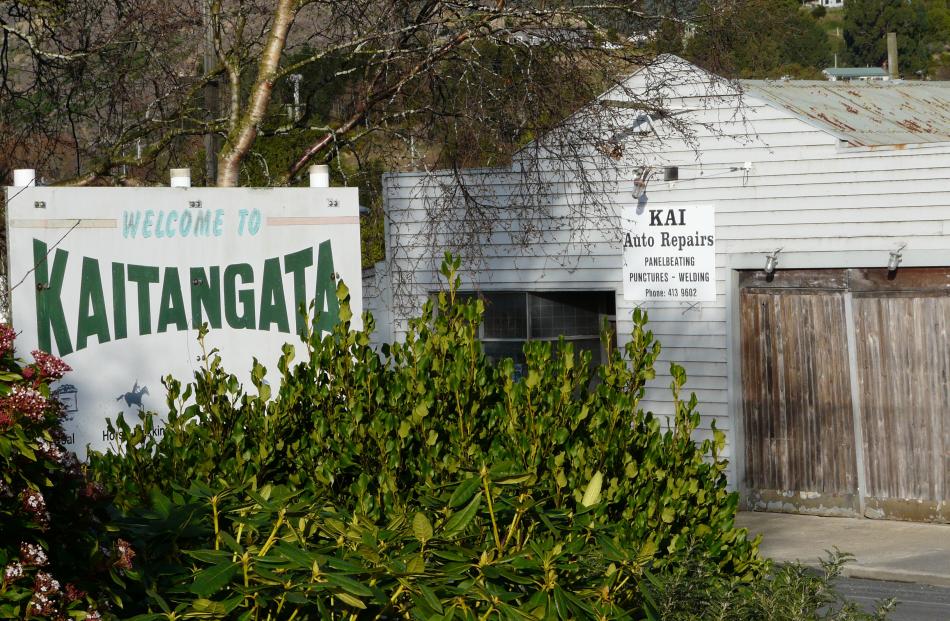 Business is thriving in the town as its fortunes undergo a transformation. 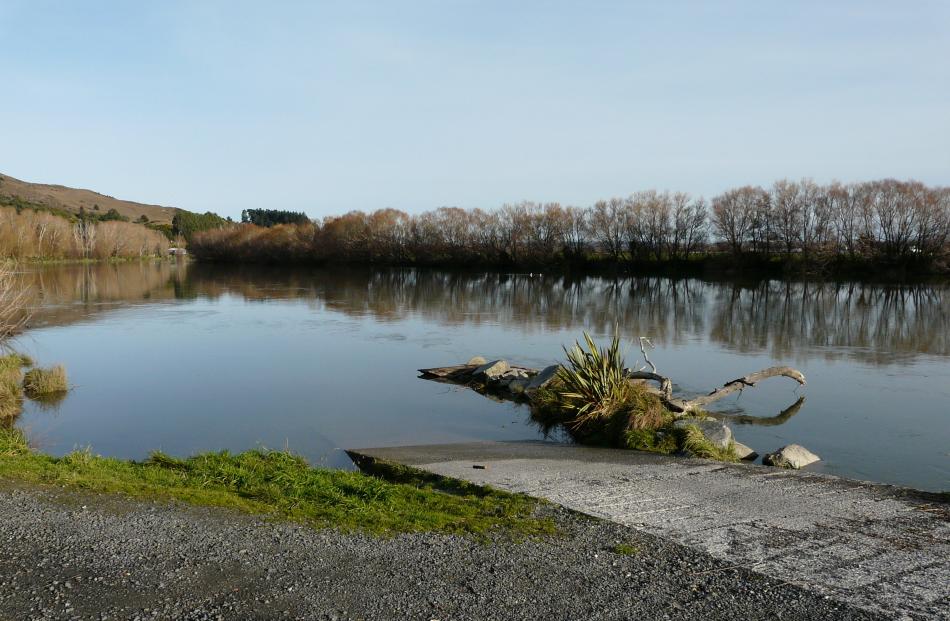 The town’s boat ramp entry to the Clutha River is next on the list for an overhaul. 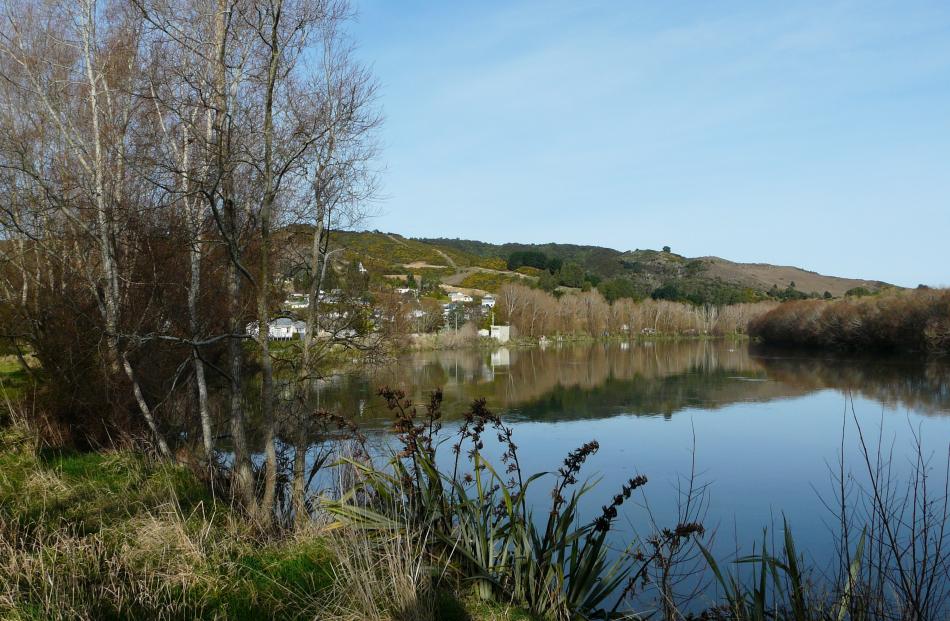 Running past the town centre, the Clutha River is noted for its fishing and whitebaiting opportunities. 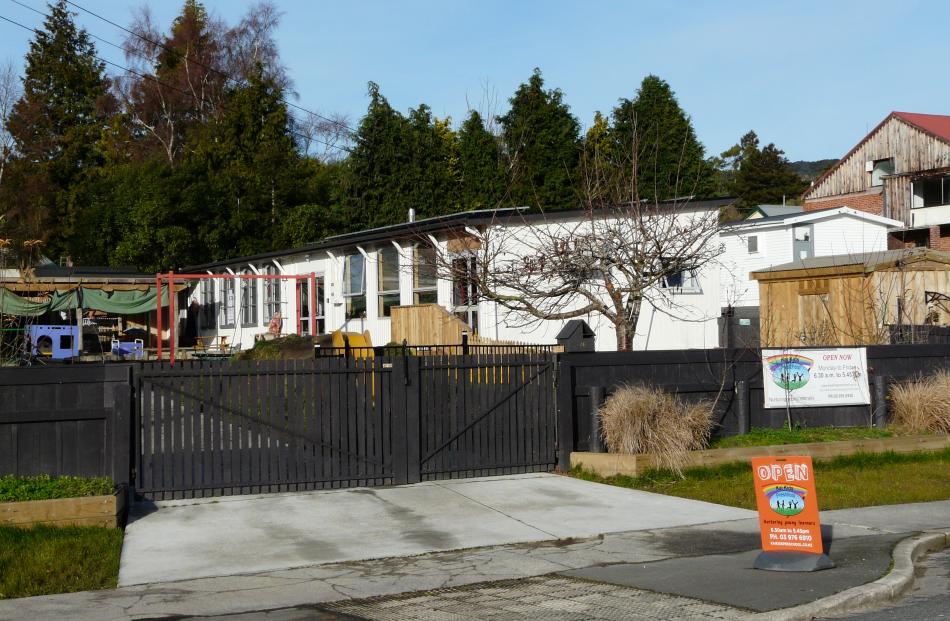 A new preschool opened last year by former Whangarei resident Amanda Tiedemann to cater for the town’s many young families. 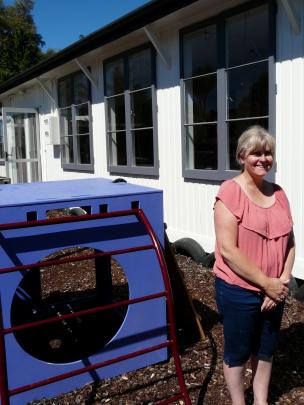 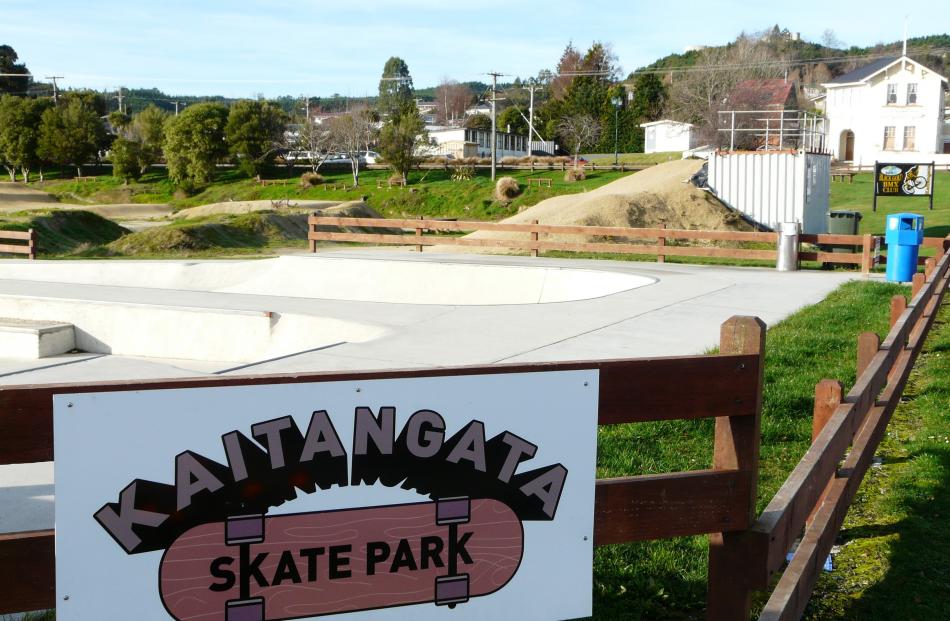 One of several successful community-led projects during recent years, Kaitangata’s youth can now choose between first-class skateboard and BMX facilities. 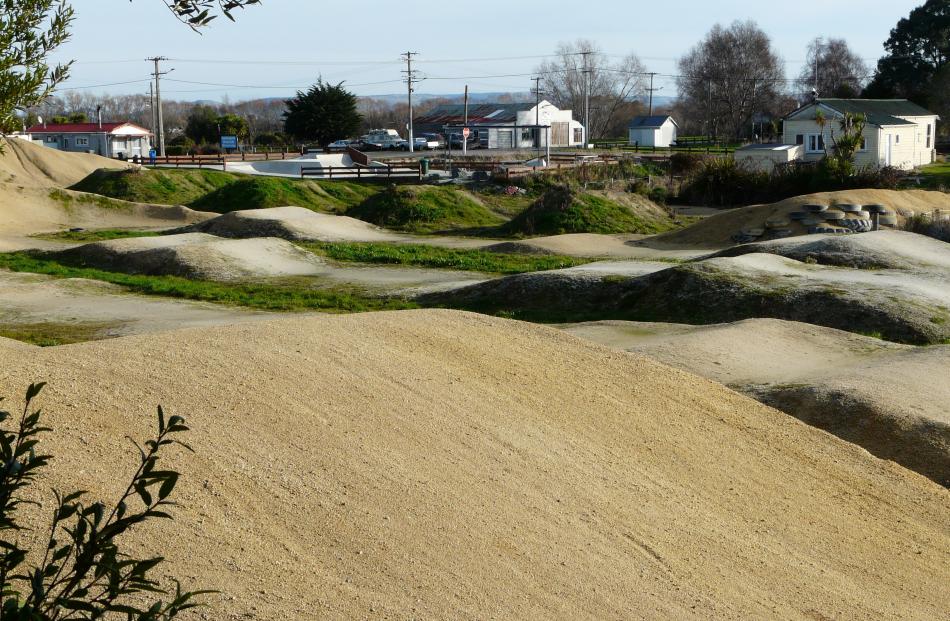 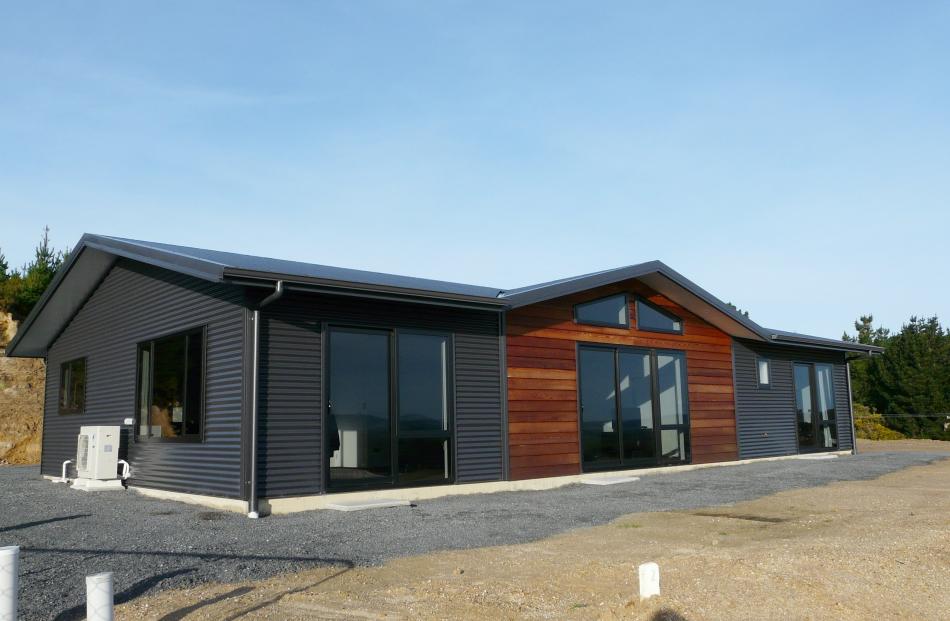 A new property built as part of a ‘‘house and land’’ package used to promote Kaitangata during an international campaign launched in 2016.

The culmination of an eight-year, $1 million project to upgrade Kaitangata’s community hall symbolises a wider renaissance for the small South Otago town - one that’s been largely community conceived and driven.

Richard Davison talks to some of those behind the projects bringing new life to "little old Kai", and finds out what motivated them to turn the town’s fortunes around.

Stroll the streets of Kaitangata in South Otago - or "Kai" as it's known locally - and it's clear there's a transformation afoot.

Once run-down houses gleam with fresh paint; new signs announce amenities, such as its BMX and skate parks, and proudly brandish the Kaitangata name; its pub bustles with friendly chatter punctuated by bursts of laughter; and smiling children run to meet their parents' from the town's spick and span school and shiny new preschool.

Elsewhere, the transformation can be seen unfolding before your eyes, as new-home builds echo with the staccato report of nail guns, to the accompaniment of the latest radio hit parade.

Like most places in New Zealand, Kaitangata (population 800) has waxed and waned while travelling history's winding path, but recent signs are it's on the up once more.

Founded as a mining town after the discovery of coal in its eastern hills by one Frederick Tuckett in 1844, Kaitangata enjoyed more than a century of prosperity thanks to its fabled "black gold", and grew to house 1500 souls at its peak.

However, a government reshuffle of national mining decks left Kaitangata's operations unviable and, on September 30, 1970 it's last significant pit, the Lockington Mine, closed.

In common with retired mining towns the world over, Kaitangata began a parallel decline, rescued in this instance only by its proximity to district capital Balclutha (12km), and ready access to a range of alternative blue collar industries such as forestry, dairy manufacture and meat processing.

Fortunately, unplagued by sandflies like its West Coast cousins, Kaitangata remained a straightforwardly "nice place to live", and settled into its new life as a dormitory town.

Kai's "real, down to earth people", as one resident described them, enjoyed their life at the end of the road nestled between river and hills, and their ready access to fishing, hunting, ocean and bush.

But a gradual decline in the fortunes of the district as a whole, as country dwellers nationwide joined the exodus to the gold-paved streets of their nearest cities, hit Kaitangata doubly hard.

Come the turn of the 21st century, it was developing an unhelpful reputation.

Always iconoclastic in its approach to life, rules and regulations, friendly Kai was acquiring a distinctly "Wild West" feel, as one resident, who preferred not to be named, described it.

"I remember we used to pour diesel on the road to do doughnuts. Then there was one night some guy fell asleep on the pub pool table, so they chucked him through a window. It's nothing like that now, though."

He laughs while confirming the town's hell-raising days are long gone.

"Things like the BMX and skate parks have given the kids more ownership of the town. There's something to do nowadays and the town feels like it's going ahead."

Pub landlady Jen Macdonald, it's co-owner since last May, agrees.

"We see people from all over visiting here for food and drinks. It's just a beaut wee spot next to the river. You've got the same characters around, but a bit older. They've tamed down a bit nowadays," she smiles.

In line with that growing maturity has been a willingness instead to direct energies towards civic renaissance.

A key figurehead driving some of the more high profile projects during the past decade has been local dairy farmer Evan Dick.

Quick to deflect any personal credit for the town's progress, Mr Dick says the turn in its fortunes is something the "whole community" can take pride in.

In 2016, Kaitangata hit global headlines after he and others launched an affordable "house and land" package, leading to tens of thousands of inquiries from those seeking to join the good life in South Otago.

The first of those homes were now coming to fruition, Mr Dick said, although the scheme had required "tweaking" as it progressed.

"It had some flaws. Unfortunately, due to regulations, the blue-collar couples we were targeting couldn't use their KiwiSaver to buy a section, then build afterwards.

"So we've had to join forces with the local council - who've been great - to develop `ready-to-go' affordable homes to fulfil our original plan."

Six additional homes were now under way, he said, and an application had also been submitted to the Government's KiwiBuild scheme for a further five.

But it was not a simple case of "build them and they will come".

"It's the old story. If you don't have amenities and facilities in a town, who wants to come and live here?

"So there's been a concerted effort by several local groups and businesspeople to fix that side of things."

Unsurprisingly, Mr Dick was at the forefront of another of those projects.

On June 30, the town's new community centre - capacity 300 - will officially be opened, after eight years of planning, and fundraising to the tune of $1million.

"You don't just raise a million overnight in a town of 800 people. It's been a whole community effort led by my fellow trustees and supported by too many to mention," he said.

Mrs Beck, who describes herself as "Kaitanganese", praised the work of the community centre committee in driving the town's resurgence.

"I think people will be blown away when they see it. It's awesome for Kai."

Work on the town's amenities was not quite finished yet, however.

"It's an underdeveloped resource at present. Kaitangata has this beautiful fishing river on its doorstep and we'd like more people to use it."

A double ramp would be installed, and later additions could include picnic and toilet facilities, and panels detailing the river's steamship and coal freight history, she said.

Although the project could cost as much as $20,000, she was confident local people would step up once more.

"We've already had several offers of labour, materials and machinery. That's just the way it is here."

Clutha Mayor Bryan Cadogan, perhaps with an eye on an estimated $20million joint ratepayer/community face-lift for Kai neighbour Milton in the near future, was effusive in his praise of the community-led partnership the town had forged with the council.

"I'm immensely proud of the spirit that's shone through in Kaitangata.

"These projects have materialised because people believed in a better future for the town they loved, and were not prepared to be deterred by the nay-sayers.

"Now they have good reason to be upbeat, and I'm sure they'll only go from strength to strength."

If capturing the hearts and minds of the next generation was key to a town's success, Kaitangata's future was assured, he said.

"I love the pride young people now have when they tell you where they're from and who `rulz'.

"Collectively this town has created a cohesive, unstoppable force - to ensure `Kai Rulz'."