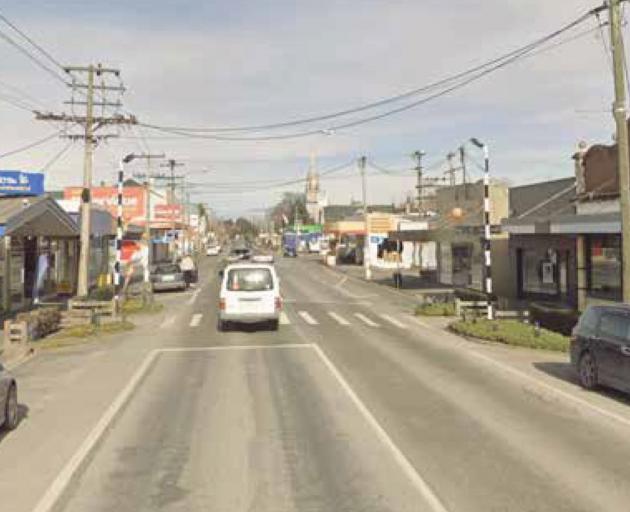 A concept rendering of State Highway 1 in central Milton before and after (below) a proposed undergrounding of overhead power lines and main street upgrade. PHOTOS: CLUTHA DISTRICT COUNCIL/SUPPLIED
Milton may be about to receive an enhanced upgrade, if Clutha District Council leans with the weight of public opinion during long term plan hearings today.

The council released more than 220 submissions to its 2021-31 long term plan process this week, detailing public feedback on a range of topics including promotion of continuing growth in the district; maintaining and upgrading infrastructure — with a particular emphasis on Three Waters; and a long-planned upgrade for Milton’s main street.

An initial budget of $2 million to upgrade Milton’s main street, proposed in 2018, will have to increase by up to $3million if original ambitions are to be realised. 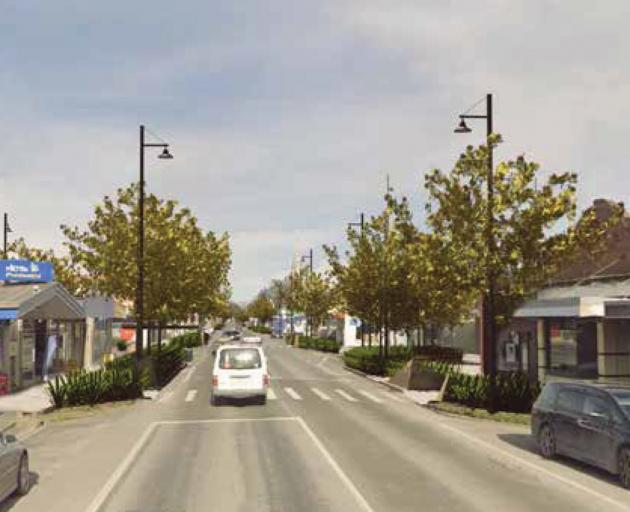 Unforeseen issues have led to the budget increase, including replacement of water pipes and costs relating to undergrounding of powerlines.

The plan presented three options to ratepayers, including extending planned improvements from Abercrombie St to Mill St, for a revised total of $5million (option 3).

About 75% of respondents favoured that option, a majority of the remainder favouring the original spend of $2million and a scaled-down project focusing on the area around the Gray St plaza alone.

In his submission to the council, Framing Plus owner Chris McDonald, whose business will adjoin the upgraded plaza, said he and other business owners were in favour of option 3, with reservations.

"It would seem like a wasted opportunity if upgrading as much of Union Street as possible wasn’t done now. While this will ... increase rates in the short term, this is the only major down side compared to the plethora associated with options 1 and 2."

His reservations centred on retention of street parking, and shop-front visibility.

"Many businesses in Milton rely on ‘impulse buyers’ stopping as they drive through town. [They] continue on if they don’t see an open space on Union Street. Retaining what parking we have ... is crucial in helping businesses to thrive.

"Any obstruction, in this case trees, will negatively affect businesses if their premises can’t be easily seen."

Milton landlord and resident Philippa Roulston agreed in her submission.

"We cannot afford to lose car parks on Union Street for the sake of a tree. Plant the trees at either end of town and leave people’s livelihoods alone," she said.

Fellow resident Tony Nicol was not in favour of extending the upgrade budget at all, however.

"Options 2 and 3 would require more investment ... [and] also appear to include more crossing points and may reduce on-street parking which will adversely affect the retail shops."

He was concerned reduced parking could lead to reduced safety for pedestrians.

"... when cars park too close to the crossing, there are safety risks. Given the number of trucks and large vehicles ... a crossing and reduced car parking is not supported."

The council meets at Balclutha’s Cross Recreation Centre today to hear verbal submissions to the plan.

More than 30 groups and individuals are expected to speak to their submissions during the hearing.