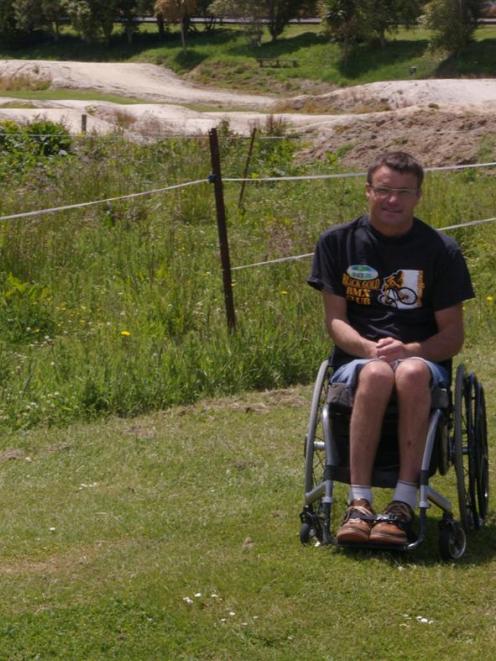 Kaitangata Skate Park Development Group chairman Dallas Storer says a $20,000 grant from the Otago Community Trust will help to create a skate park for Kaitangata at an empty section near the town's BMX park. Photo by Hamish MacLean.
Kaitangata could early next year provide Clutha youth with a triple sporting challenge.

The town's BMX park is looking to add a jump park in the adjacent empty section and next to that, plans for a skate park are well under way.

''It's something for the community,'' he said.

''It's an attraction. If someone wants to move into town, it's something for their kids to do, and it's better than having an empty section.''

The skate park group received $20,000 from the Otago Community Trust, which approved $568,784 worth of grants to 52 Otago organisations for November and December.

The remaining $17,000 in funds the group required would be found after it gets the designs from Rich Landscapes next week, Mr Storer said.

The plans for the park, catering for skate boarders, scooter riders and bikers, would be ''reasonably basic for a start - it's a starting point''.

''It might be stage one of two stages. We'll see how this goes and if it's good and gets used we might have a go at developing another bit.''

Next to the BMX park a shipping container with a series of three jumps should be completed soon after New Year, Mr Storer said.

And with the three adjacent parks up and running the town could host ''mini-X-games'' events in the new year.

A $90,000 grant to the newly formed Hollyford Conservation Trust will help restore and protect native birds and bush ecology in an area of approximately 2500ha in the lower Hollyford Valley.