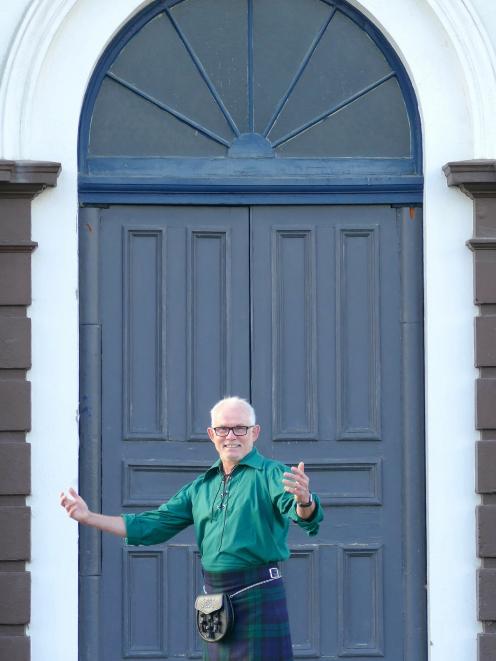 The Royal Scottish Country Dance Society South Island Easter School takes place in the district from Friday to Monday, and organisers have had to seek bigger venues, such has been the demand for places this year.

Event organiser Quentin Currall, of Lawrence, said he was delighted to be welcoming so many enthusiastic supporters of the discipline to the South, from right across New Zealand.

"We have more than 90 coming all told, and a few more may join us on certain nights, so we could well see some of Clutha’s halls bouncing to more than 100 pairs of feet this weekend."

That had necessitated bigger venues for some elements, Mr Currall said.

"It’s a nice problem to have as, although it means more to organise, we get to show off the district to our visitors, and to use magnificent Edwardian buildings like the [Milton] Coronation Hall."

The hall would be used both for a formal dance on Saturday night, and grand finale the "combined class ensemble" on Monday morning.

Waitahuna, Beaumont and Tuapeka West halls would also be employed for breakout teaching groups, and other social events during the weekend.

"We’ve some excellent teachers this year, and a handful of musicians also coming who’ve kindly agreed to play — when they’re not dancing, of course."

He said although the Covid-19 lockdown had led to some older practitioners stepping back from dancing, postponement of similar events until now had left the majority eager to attend.

"We’ll have a lot of familiar faces, and several new dancers this year, so it’s encouraging overall."

The lockdown had had the unexpected side effect of strengthening the global Scottish country dancing community in its "shared obsession", he said.

"There’s been a lot of Zoom activity internationally. It means dancers have had the opportunity to learn from more top teachers during the past year than ever before.

"It’s reassuring to know it’s an obsession shared the world over."