Sea lion and pup killed near Balclutha in hit-and-run 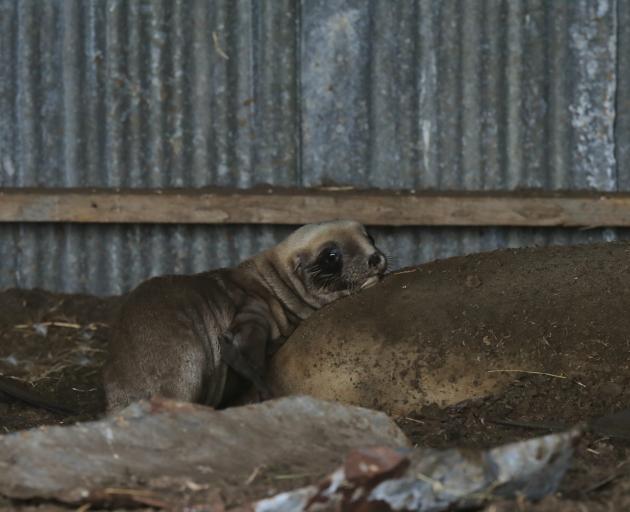 Matariki and her pup in a local farmer’s hay shed. Photo: Supplied
A much-loved sea lion and her pup have been killed after being hit by a vehicle near Balclutha.

The Department of Conservation (Doc) is appealing for information following the death of eight-year-old Matariki and her one-month-old pup.

At the time of the accident, Matariki was likely taking her pup to a new spot to rest and may have been nursing the pup on the road.

They were found, badly injured, by a passing motorist who notified Doc.

The pup has since died and due to her severe injuries, Matariki was euthanised by a vet yesterday.

"Matariki was gifted her name by local whanau. She was a taonga of the sea lion population at Kaka Point.

"Over the years she had developed a habit of giving birth to pups in unique places such as under a crib or in a farmer’s shed."

"Our whanau are saddened by our loss of Matariki and her pup. She had a special place in our hearts." 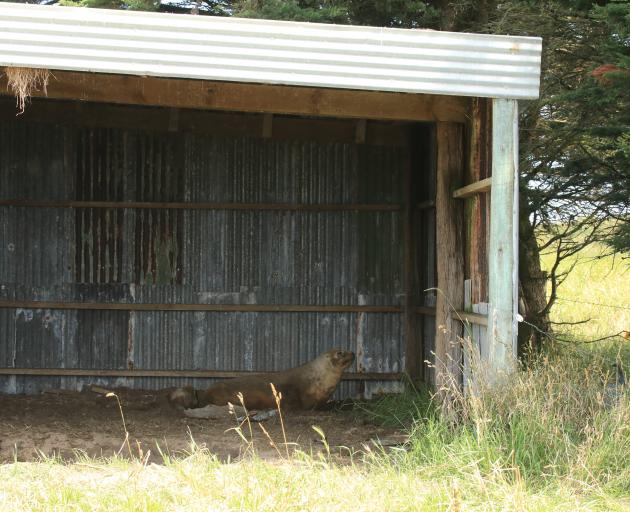 Matariki and her pup in a local farmer’s hay shed. Photo: Supplied
Mr McCarroll was encouraging the driver of the vehicle that hit Matariki to come forward, or for witnesses to contact Doc on 03-211 2400.

"We understand accidents happen, but its important people inform Doc if they do hit native wildlife. All New Zealand sea lions are named, tagged and well known within their community."

By talking to the driver, Doc was hoping to understand more about what happened and identify ways of protecting sea lions from similar incident in the future.

"This is a timely reminder; we are sharing our coastal roads with wildlife and vehicles need to slow down.

"It’s important we remember to keep an eye out for other native wildlife on the roads such as korora/little blue penguins and kekeno/New Zealand fur seals which can cross the road at any time."

The New Zealand sea lion is classified as "Nationally Vulnerable". Ninety eight percent of breeding occurs on Campbell and the Auckland Islands, but there are also small populations on the lower South Island and Stewart Island.

"Matariki has previously given birth to two other pups who have since returned to the area. Rāpoka are local personalities within the wider community and this tragic loss will be felt by us all.

"We are hoping Matariki’s first born, Jade will have a pup of her own this year and it will be up to her to carry on Matariki’s whakapapa."