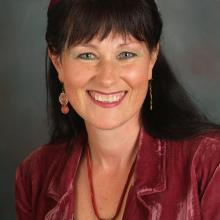 Gaynor Finch
Clutha volunteers will not be overlooked this year.

Following Trustpower’s decision last year to discontinue its longstanding community awards for individual volunteers and non-profit groups, the Clutha District Council has stepped into the breach.

The council trialled an awards scheme solely for individuals during Volunteer Week in June last year and, before lockdown intervened, had planned to expand the scheme to include groups this June.

During its meeting in Balclutha yesterday, the council discussed whether to push forward with a reshaped ceremony this year, or postpone until next June.

Amid general support for a 2020 event, Cr Gaynor Finch said historically the awards scheme had helped strengthen volunteer activity in the district.

"I believe it’s extremely important to continue this year, then annually, as there are so many in our community who do wonderful things and are not shown enough appreciation.

"Some of the groups work in silos, so a shared ceremony allows sharing of ideas and greater awareness of exactly what’s going on in the district."

The council discussed what shape a new scheme might take.

Cr Bruce Graham highlighted an agenda item suggesting a revised Clutha ceremony might include an award for "Woman of the Year", in common with neighbouring council Gore.

"I find it hard to believe when we’re all so PC that we still have a Woman of the Year Award. Should we really be following the Gore model?"

Due to the limited time remaining this year, councillors reached consensus on a "scaled down" ceremony, which would take place in October.

Clutha Mayor Bryan Cadogan proposed it include youth and individual awards only, and take place at the council’s Balclutha headquarters.

The council will decide on an expanded annual June format at a later meeting.