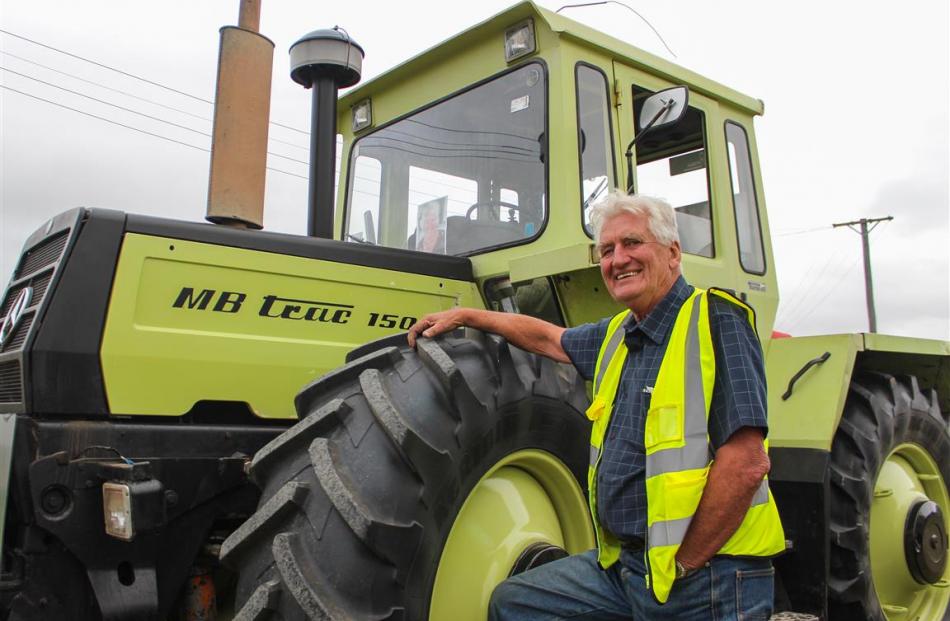 Tractor Trek organiser Phil Aish relaxes in Tapanui with the tractor he is driving the length of New Zealand over the next month. Photos by Samuel White. 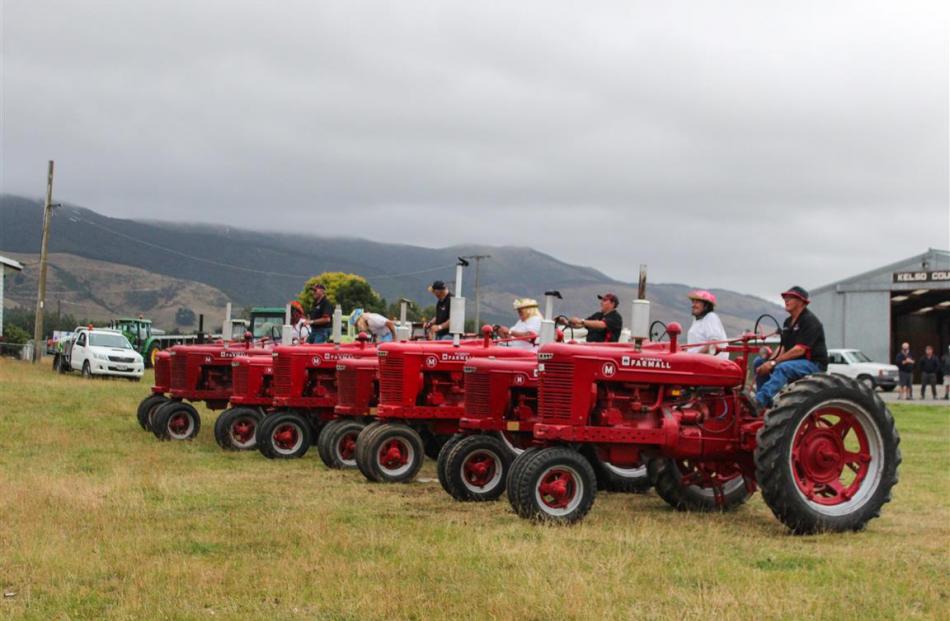 West Otago’s dancing tractors line up to begin a routine.

The hills were alive with the sound of music and dancing tractors on Monday night.

The West Otago Vintage Machinery club put on a dance show to remember for a group of people trekking up the country on their tractors.

to music at the Tapanui Racecourse before an audience of 30.

Around 30 people watched the half-hour performance on Monday.

Mr Brock said they would normally practise at least once before performing.

The club had performed about four times this season and tried to make it similar each time.

"If we change it up too much we end up getting lost.''

The club put on the show for 10 travellers on their way through Tapanui as part of a Tractor Trek organised by Auckland man Phil Aish.

The trek drivers appeared to enjoy the show.

The Tractor Trek drivers were on their way from Bluff to Cape Reinga to raise money for New Zealand hospices. Mr Aish's wife, Janice, died of cancer in 2014 and was cared for by hospice staff in the last few months of her life.

Because of the exceptional care she received, Mr Aish decided to start the trek to honour the support his wife received from hospice staff.

Mr Aish said the journey through to Tapanui was brilliant.

They hoped to reach Cape Reinga on March 18.