Water restrictions in the Clutha District have been relaxed following a small amount of rain, however the council is warning residents to stick to the rules in the meantime, for fear of entering a total outdoor water ban.

The Clutha District Council has relaxed some of its water restrictions down from a Stage 3 grading to a Stage 2 restriction.

Customers on the Glenkenich (including Pukerau and Waikaka), Kaka Point, Lawrence, North and South Bruce (Including Tokoiti and Waihola), Richardson North and Tapanui water schemes have been downgraded to Stage 2.

In a statement the council said that meant hand-held hose watering was allowed but only between 8pm and 8am and there was still a sprinkler and irrigation ban.

However, Stage 3 water restrictions were still in place for Balmoral 1 and 2 and the Tuapeka East and West water schemes.

This meant there was a complete hosing ban apart from one day per week and only between 8pm and 8am.

There was a total sprinkler and irrigation ban and systems were not to be left unattended or on overnight.

People were also asked not to wash cars or boats.

It could be a dry summer and the council wanted to avoid further restrictions such as Stage 4 - which was a complete hosing, sprinkler and irrigation ban, the statement said.

Blue Mountain Nurseries owner Chris Hughes, of Tapanui, said the area was lucky as it had rained ``a fair bit''.

During the dry period, Mr Hughes offered limited amounts of water from its own personal irrigation system for people who were in desperate need to water their plants.

``We've been fortunate that we've got a fairly substantial reservoir of water we can draw on when we need to ... We were just happy to help if people wanted to take us up on the offer.''

Although the offer was there, not as many people took up the offer due to the cooling conditions.

In its statement, the council thanked residents and reminded people to fix leaks on their own property and report others to the council.

Balclutha, Clinton, Clydevale, Pomahaka, Kaitangata, Wangaloa, Milton, Moa Flat, Owaka and Stirling were still only on Stage 1 water restrictions, meaning watering was allowed only between 8pm and 8am and any watering systems were not to be left unattended or on overnight. 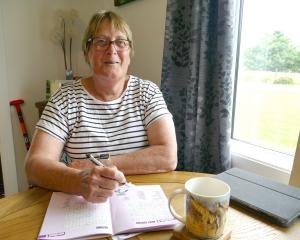 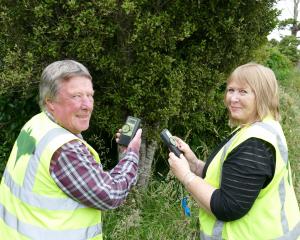 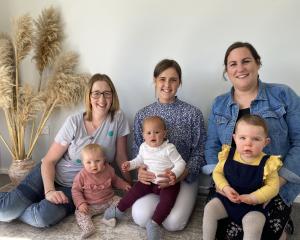