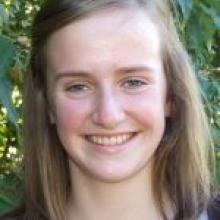 Emily Bowden
The 2010 Youth Parliament Clutha-Southland representative Emily Bowden is back from a whirlwind tour of Parliament, which included staying the night at Premier House, breakfast with members of Parliament and giving a speech to her fellow youth MPs.

The Youth Parliament began in 1994 as a way for young New Zealanders to learn about democracy and influence decision making.

Emily (16) was chosen from eight applicants to represent the electorate by Clutha-Southland MP Bill English, after submitting a 1000-word essay on issues that affect youth or the South.

The youth MPs were not representing political parties, but those chosen by National MPs and those chosen by Labour MPs did seem to gravitate towards each other, Emily said.

A highlight for Emily was the Leadership for Life seminar. Young New Zealander of the year Divya Dhar, Minister of Youth Affairs Paula Bennett and film director Taika Waititi held a discussion with the youth MPs which was chaired by journalist Duncan Garner.

"That was interesting and quite funny. They talked about who inspired them, and what they define as success," Emily said.

She also enjoyed question time, and said it was good to hear the ministers backing themselves up.

"I made a speech during legislative debate. It was about the age of majority amendment Bill. People laughed, and someone clapped at the end of one of my sentences."

One thing that stood out for Emily was "there was a lot of food-eating".

She and the other youth MPs spent a night at Premier House, which she said was very large and very nice.

"We were well looked after," she said.

"It was very eye-opening, getting insight into how everything works ... It was very intense. I was there for less than two days, so it was really busy."

So, will Emily be embarking on a career in politics?

"The Speaker's job seemed quite nice," she said. "He still got to be involved, but be impartial, and not have the media pressure."