By Luisa Girao
0 Comments
A locomotive built in 1885 has been retrieved from the bottom of a Southland river nearly a century after it was left there.

A crane lifted the V-class steam locomotive out of the Oreti River yesterday. It, with another V-class, was dumped in the river, north of Lumsden, in 1927. 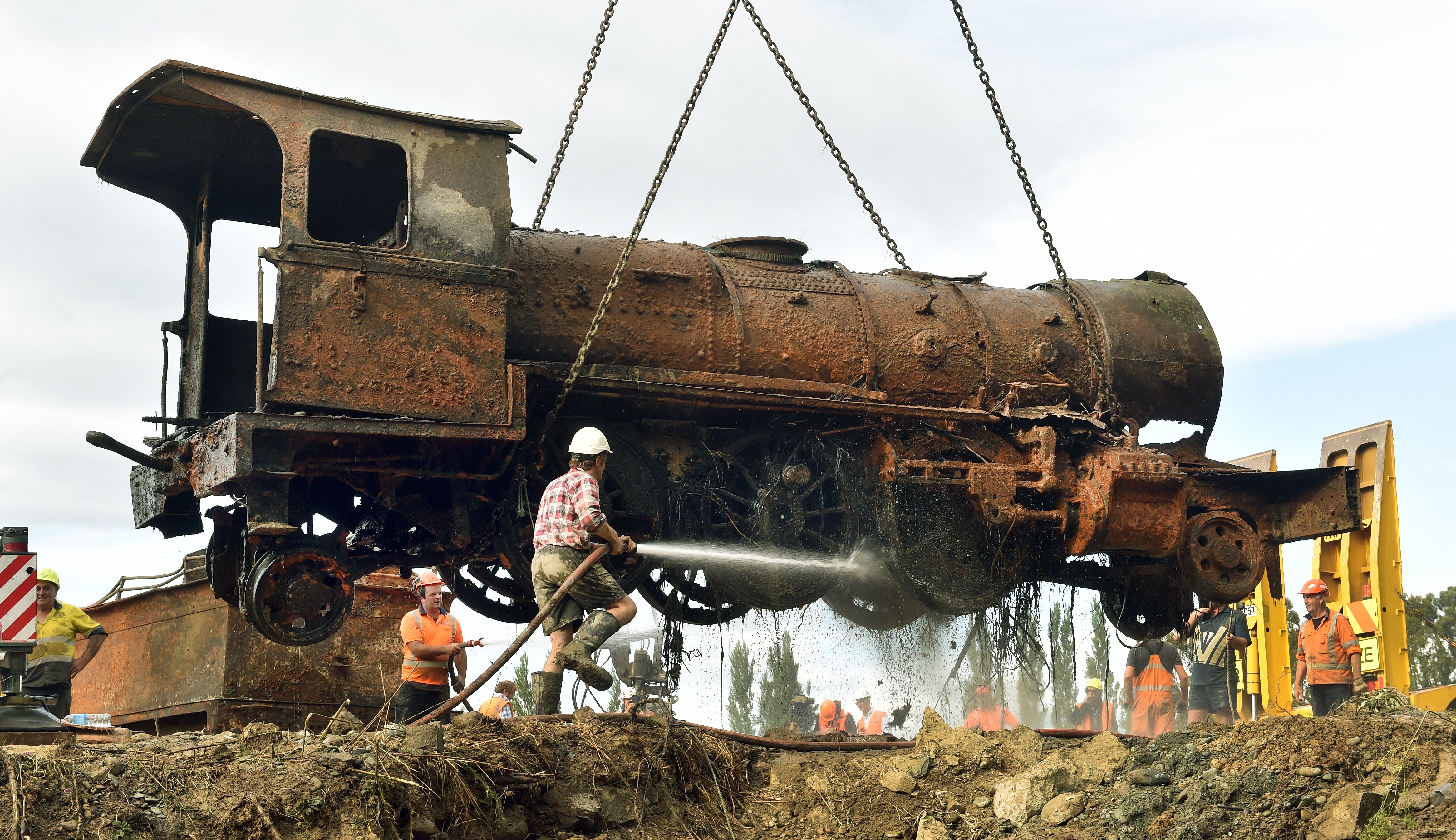 Project Steam member Clark McCarthy, of Dunedin, hoses mud off a steam locomotive as it is recovered from the Oreti River where it has been buried since 1927. PHOTO: STEPHEN JAQUIERY

A coal tender was lifted from the same place on Tuesday.

Both will be relocated to a specially built track at the Lumsden Railway Precinct.

The Lumsden Heritage Trust was behind the operation, which started six years ago.

Speaking at the site, trust chairman John Titter said he was overjoyed with all efforts.

‘‘It’s beyond brilliant. Emotions are running through us.

‘‘Yesterday I was wondering if we would ever be able to get it out but this guy’s done a fantastic job.’’

He described the retrieval task as ‘‘huge’’.

Tonnes of silt and mud were sluiced from the 32 tonne locomotive to make it light enough to be lifted by the 110-tonne crane.

‘‘I was putting it in the category of massive — but now I say it is mammoth.’’

Mr Titter was surprised to find the wheels of the locomotives still turned.

‘‘It’s unbelievable after so long, to still do that.’’

It originally sought to recover both the locomotives from the river, but Linton Contracting general manager Russell Bradley confirmed the second was significantly more damaged.

That made it not logistically feasible to retrieve, he said.

‘‘Unfortunately, it’s going to stay here unless somebody else takes up the challenge.’’

Also at the site, Dunedin train enthusiast Clark McCarthy said he had been part of a few retrieval operations but this had been the most challenging.

‘‘It’s really great. We managed to get it up without having any more damage at the locomotive itself.