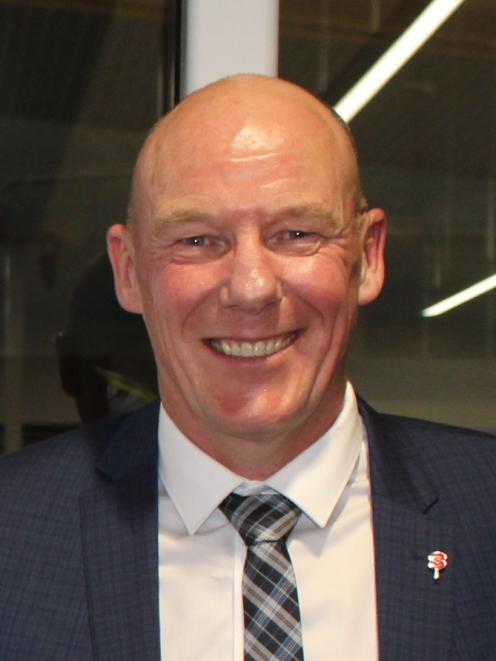 Invercargill Airport’s chief executive fears a 31-lot subdivision in Otatara proposed for housing could potentially become a problem for the airport.

DLC Properties Ltd has lodged a resource consent application with the Invercargill City Council to subdivide a vacant 29.36ha site at 60 Otatara Rd, plus a 1.233ha portion of adjoining Invercargill Golf Course site, into 31 allotments.

Although they were just asking for resource consent at this stage, the company indicated its intention to build housing at the site.

The potential development of the land has caused concern for the Invercargill Airport company, which has written to the council opposing the application.

Both parties met yesterday at a hearing, in front of independent commissioner Rob Enright.

Counsel Alison Arthur-Young, on behalf of the airport, said the company agreed with the need for further development of housing sites in the city to support the growth of the region.

However, she believed a residential housing development near the airport was not a great plan either for residents or the airport due to concerns which included noise, traffic assessment, bird strikes and the height of trees.

She urged the commissioner to put robust controls in place if the application was approved.

Invercargill Airport chief executive Nigel Finnerty highlighted in his submission the facility was a regional asset which has showed strong growth in recent years.

An important part of his job was to ensure the airport could operate efficiently both now and in the long term, he said.

"While IAL [Invercargill Airport Limited] works hard to manage its effects, the reality is that aircraft generates effects, like noise, that extend beyond our landholdings. If development around the airport is not managed carefully, those effects can give rise to complaints and risk IAL having to constrain its lawful operations as a result."

He also highlighted the height of buildings and vegetation in the vicinity could pose real safety risks to the airport’s operations so it would also need to be addressed.

"If the application was to proceed, any potential impacts must be proactively managed at the start of the process as any future issues will inevitably become the airport's problem.

"Comprehensive controls are also important to ensure that the people who move in understand they live next to an airport and their amenity will be reduced."

DHL planner Jeff Brown told Mr Enright he believed the company had addressed the airport’s concerns and in order to mitigate potential effects, it would promote a covenant.

The covenant would effectively put potential buyers on notice that airport noise was a reality in this area, and if they decided to go ahead with their purchase, they would need to accept airport noise and their inability to complain about it would need to be registered, stating the applicant or any successive owners would not oppose any activity conducted as part of the airport’s operations.

Each owner would also be responsible for ensuring that the height of any tree on their lot should be no higher than 8m above the existing ground level, that they minimise as far as possible the risk of aircraft bird strike by managing pasture grass and ponds, and also mitigate the risk of light spills.

"We believe the effects with those measures are less than minor," he said.

Commissioner Enright reserved his decision and was scheduled to carry out a site visit yesterday afternoon.

All prospective purchasers should be required to sit through the movie "The Castle".