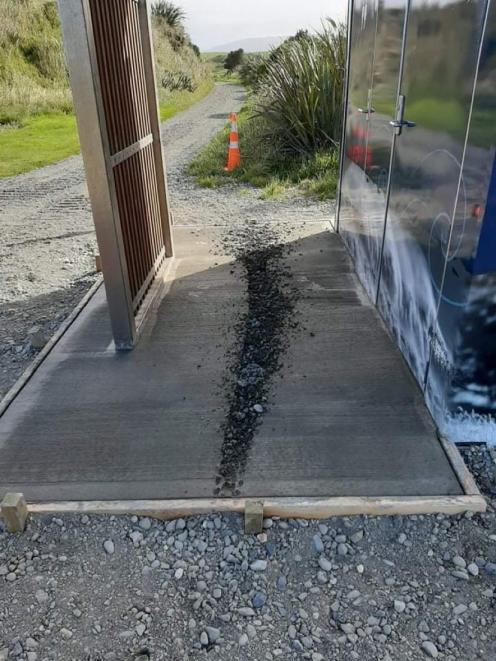 She said the culprits had no thought for users of the campground which is currently being upgraded.

"Personally, it is a very special place to me as I have five generations resting in the cemetery above Monkey Island."

The worst part was, it was likely a local who inflicted the damage as there were not too many campers with dirt bikes on board, she said.

A council post said staff discovered someone had torn through the concrete and ripped up the new grass overnight.

"This idiotic behaviour has resulted in some costly repairs.

"Ultimately, this impacts the community as it’s money which can’t be invested in other worthwhile projects."

The council was working hard with contractors to provide a "fantastic space" at Monkey Island for locals and visitors to enjoy, and hoped it would be respected by all users.

The site renovation, between between Tuatapere and Riverton, had caused controversy among community members who said they were not consulted.

Ms Hotop said a lot of people fought hard to have the area reinstated to accommodate all visitors and campers after SDC turned it into "a gravel pit" last year, without consultation.

A petition to reinstate the grass area garnered hundreds of signatures and the council eventually agreed to do it.

She hoped the person responsible for the damage would be found and held accountable.