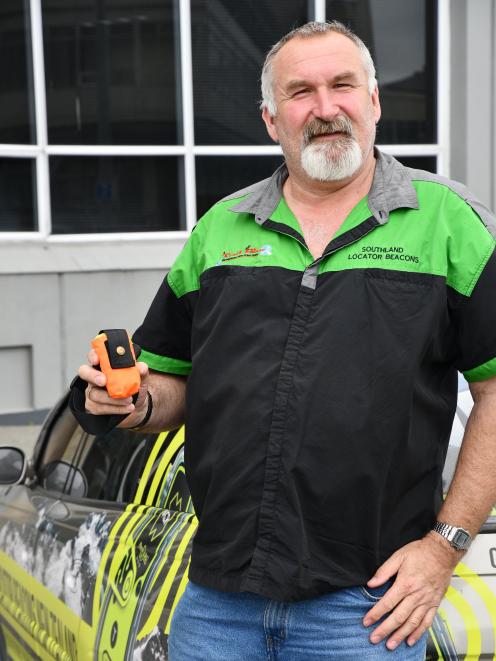 Thirty years ago there was a resistance to carrying one, and some even considered it a weakness to do so, he said.

Now, the opposite was true, and there was an expectation people would carry one.

If people who got lost had a beacon with them it could reduce search costs considerably.

A person with a beacon could possibly be found within an hour, at a cost of about $10,000, while a three-day search, for example, for someone with no active locator beacon could cost more than $300,000.

It was hard to know if there should be enforcements or regulations around carrying a locator beacon, he said, but he did not want to see "draconian type rules".

The answer was more likely to be education around the benefits of taking a beacon, Mr Munro said.

Beacons cost about $15 to hire a day.

A month ago, 35 Macpac outlets started stocking the trust’s beacons for hire and beacons had been hired out 75 times since.

There had already been a rescue from a hire.

A Christchurch Macpac store hired a beacon to a man and his two children, which was activated when they encountered a slip on the track.

"They thought they could cross it but must have got into trouble," Mr Munro said.

A helicopter winched them to safety.

It could not be predicted when a rescue would be needed, but from about 450 trust beacons for hire there were one or two rescues a month across the country.

The trust’s mandate was to make the hires affordable and it worked alongside the Rescue Co-ordination Centre and New Zealand Land Search and Rescue.

Mr Munro’s father was a patron of the trust when it first started, and his own passion for it began in 1994.

During the restoration of the Port Craig viaducts, a German man was overdue returning from Hump Range.

They searched for his body for four and a-half days.

He was found dead, after he had slipped down the range into a swollen creek. The search cost $385,000.

"We looked at that and thought it would be good to have something that people can hire and be found if they were either lost or in an emergency."

Information on where the beacons can be hired can be found at www.locatorbeacons.co.nz