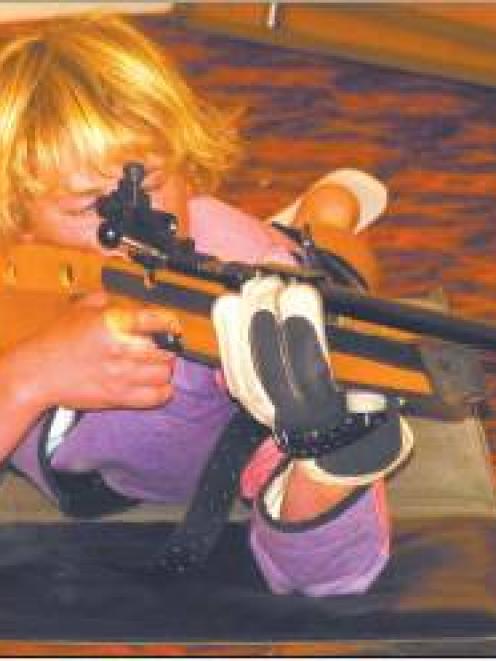 President Bob Smith said the club had seen a downturn in membership in recent years.

‘‘In this area, smallbore rifle shooting is a dying sport, simply because we haven't got the young adults staying in shooting.

‘‘There's just a few of us oldies who have been holding the club together,'' he said.

Mr Smith said if they did not get some new blood into the club soon, it would have to fold.

‘‘There are no problems getting younger members interested in the club, but we really need more adults involved.

‘‘The problem is when the kids leave school, we seem to lose them to other activities.''

Over the years they had probably put more than 100 young people through the club, but not one of them was now a member - ‘‘which is disappointing''.

Mr Smith said a lot of people were interested in shooting in the district, but many of them were not aware Gore had a smallbore rifle club.

‘‘We aim to change that, by having an open day on Wednesday [April 2] at the A&P Showgrounds in Bury St from 7pm to 10pm.

‘‘The range is situated in the pavilion at the showgrounds.''

He said the club hoped to encourage lots of people to come down and give it a go.

‘‘All the gear is provided. You just need to bring yourself and your enthusiasm for the sport.

‘‘It's a great sport to be involved in and, of course, it is an Olympic event as well.''

Young shooter Ben Millar (15) said he had always been interested in shooting around the farm at home.