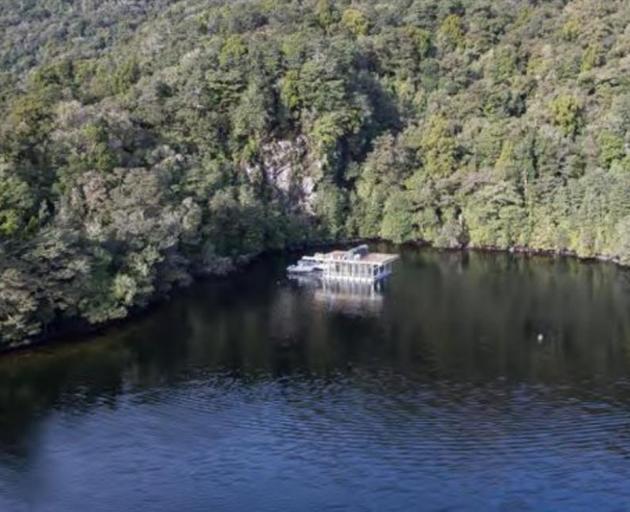 The owners of the Alpine Barge in Cascade Cove, Dusky Sound, want to be able to use the structure for private accommodation for up to 50 days a year. PHOTO: SUPPLIED
A well-known southern family have begun a bid to be allowed to stay overnight on their commercial barge nestled in a remote Fiordland sound.

The Alpine Group Ltd and Stephen William Day submitted an application to Environment Southland that, if approved, would allow its shareholders and families to use the structure for private accommodation for up to 50 days of the year.

Southern aviator and Wanaka businessman Sir Tim Wallis and his family own the majority of the company shares. 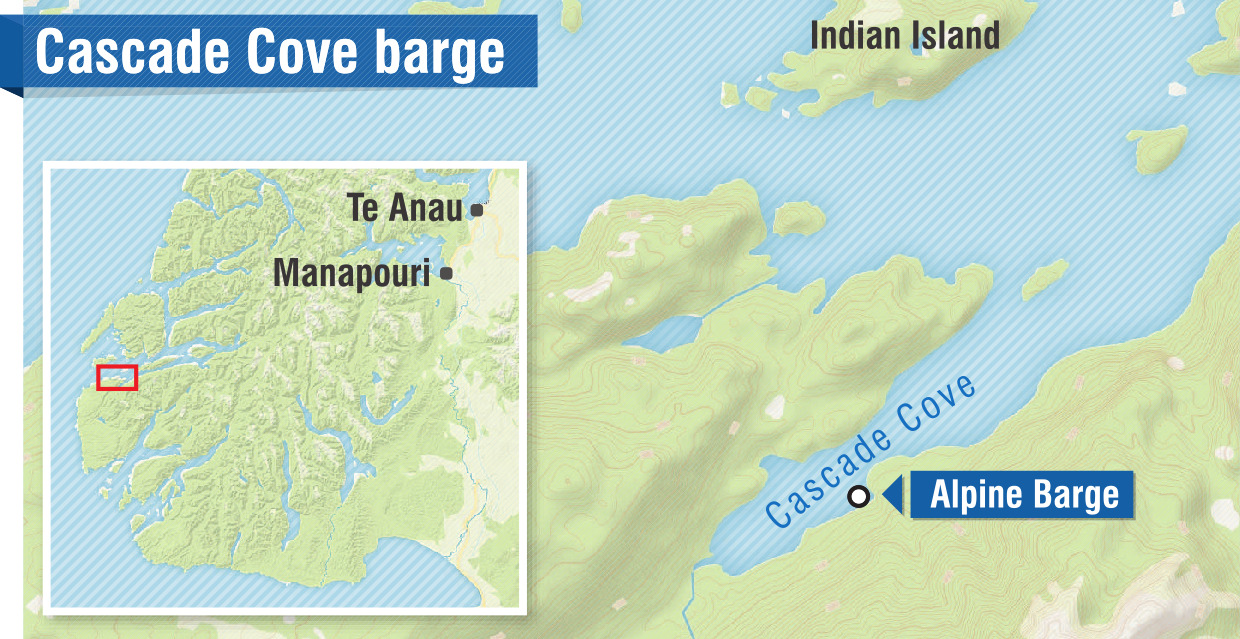 At present the barge can store no more than 4600 litres of fuel and can be used as an accommodation base for a maximum of eight people when bad weather makes it unsafe to fly.

The limited-notified consent would allow the installation of a 61.4sq m floating dock as well as a storage shed on the landing deck and placement of two more fuel storage tanks, allowing for a total of 9200 litres of fuel.

Environment Southland acting consents manager Bruce Halligan said the consent was only limited notified because the activities as proposed would take place in a remote location and potential effects on other users of the marine area would be less than minor.

The Fiordland Marine Guardians group was also notified and chairwoman Rebecca McLeod said the group had concerns about the application and would be submitting.

While she would not comment further, she said it related more broadly to the group’s concerns about increased activity in the area.

"Compared to what it used to be 10 years ago, it’s just getting increasingly busy."

Similar concerns have been brought up in other consent application hearings on activities in the area.

In his decision for the limited notification only, consents officer George Gericke said the use of the barge for private accommodation and recreational activities would be virtually indistinguishable from the current consented commercial use.

"The applicant explains that those staying on the barge for a short time will generally spend the days travelling around the area by boat fishing, diving, walking or just enjoying the environment."

He agreed the additional effects would be less than minor.

"I consider that the private use of the existing barge would be in conjunction with, or incidental to, its demonstrated practical or functional need, and would be appropriate provided that the overall effects of the activities are acceptable."

The applicant sought for the consent term to expire on April 12, 2037, to correspond with the expiry date of the applicant’s consent to undertake commercial surface water activities.