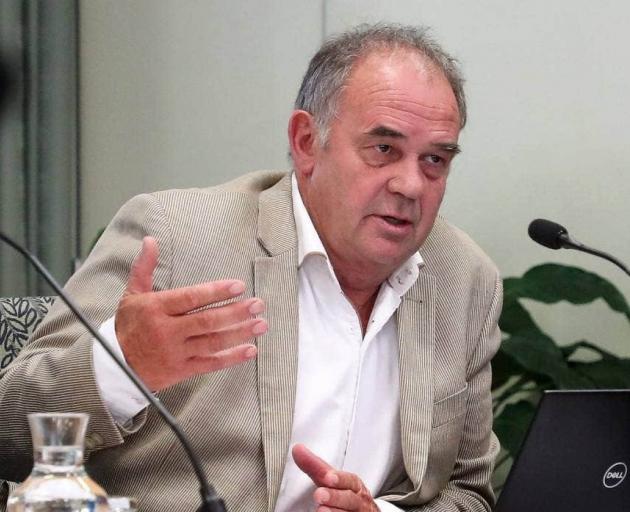 Jeff Grant
An Invercargill city adviser believes the council has improved its reputation, calling it a high-performing elected body, but it still has work to do.

Jeff Grant provided an update on the project governance group which was established last year following the Department of Internal Affairs’ letter expressing concerns over the significant conflicts at the council.

It also follows the release of the six-month independent review carried out by Richard Thomson, early this month.

The document said the council was in a better place than it was six months ago, but again raised issues about the performance of Mayor Sir Tim Shadbolt.

It said Sir Tim was an "unavoidable and inconvenient distraction" and the rest of the council just had to "get on and make things work".

In his update, Mr Grant believed the council had improved its reputation as a high-performing council and had created an effective working relationship with chief executive Clare Hadley and her executive team.

"This is based on feedback that suggests trust and confidence is building, based on the back of the LTP [long-term plan] development process."

However, other goals such as being able to function as a governing body and elected council members having the knowledge to carry out their local and lasting legacy, were labelled as "stable".

He said all those outcomes were time-based and were not yet due.

In general, the outcomes for September show a positive trend, he said.

He also provided an update on the financial budget for this work.

"The current work plan is expected to be delivered within that budget."

The report will be presented at tomorrow’s council meeting.