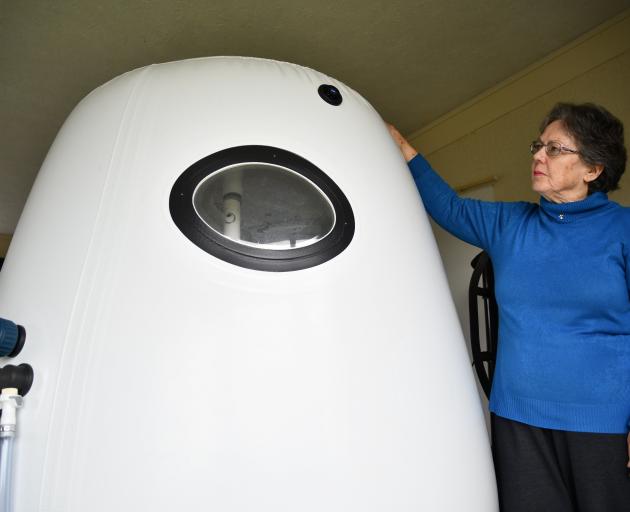 Jan Smith stands next to the personal hyperbaric chamber her husband used as therapy for motor neurone disease.PHOTOS: LAURA SMITH
Rob Smith was told he had maybe three years to live. That was eight years ago.

The 68-year-old New Zealand Army veteran was diagnosed with motor neurone disease in 2013 and has found the use of a personal hyperbaric chamber helpful in relieving symptoms.

No longer able to use it, he wants to pass the machine on to someone else.

His symptoms began with tripping over nothing, to ‘‘bouncing off the walls’’ with an off-kilter walk, as his wife Jan explained.

Over time, he lost control of his limbs and speaking became difficult, while he also experiences more easily triggered emotional responses. 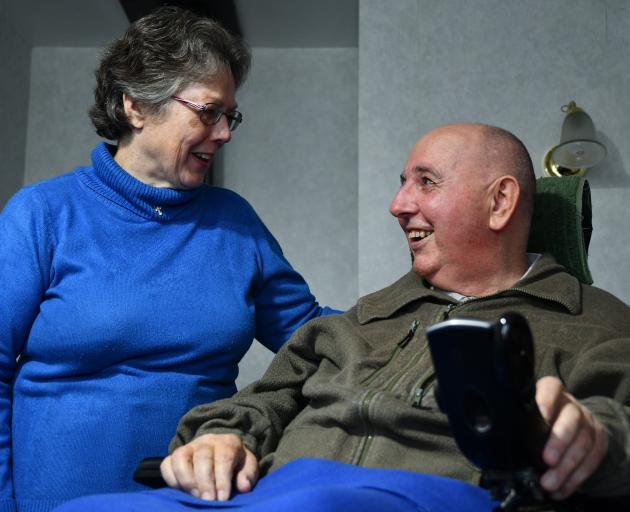 Invercargill couple Jan and Rob Smith are donating their hyperbaric chamber, which cost $33,000, to someone who may benefit from it.
Breathing could also be a challenge.

There was a rapid decline in health to begin with but the couple attributed the lessening of it to a number of factors, including the chamber.

It was an expense they could not have afforded without major fundraising efforts, as the machine cost $33,000 to buy and import from the United States.

Large contributions came in from near and far, from people they knew and did not; Royal New Zealand Returned and Services Association groups across the country helped raise money for Mr Smith.

The more neurones die, the weaker muscles get.

However, as it affected people differently, it was hard to know how much something helped.

Despite this unknown, the couple heard anecdotally of how hyperbaric oxygen therapy could help and wanted to try it.

Mrs Smith recalled their first few experiences with it: ‘‘When I would help him in to it, I’d have to lift his feet because he didn’t have the strength to get them over himself. He’d do the dive and then when I got him out, he could lift his legs to get them over. He was noticeably stronger.’’

However, his condition had worsened within the past year, which meant he could no longer use it without the aid of a two-person hoist.

Instead of it sitting in their Invercargill home, they want to donate it to either an individual or organisation so it could help others as it had Mr Smith.

They believed their machine would be best suited for people with respiratory issues and asked anyone interested to contact them at rainbowjournal01@yahoo.co.nz