Emergency services were called to a crash involving two vehicles near an Invercargill roundabout this morning.

The incident happened about 9.45am at the intersection of Tweed St and Bond St, near to the Stead St roundabout.

A police spokesman said a van, truck and street pole were involved.

An ODT reporter at the scene said the van appeared to have collided with the street light, while the truck was positioned on Bond St.

There were no reports of any injuries and police were inspecting the vehicles.

Crews from Fire and Emergency NZ and ambulance were alerted, but have left the scene. 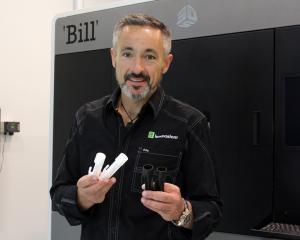