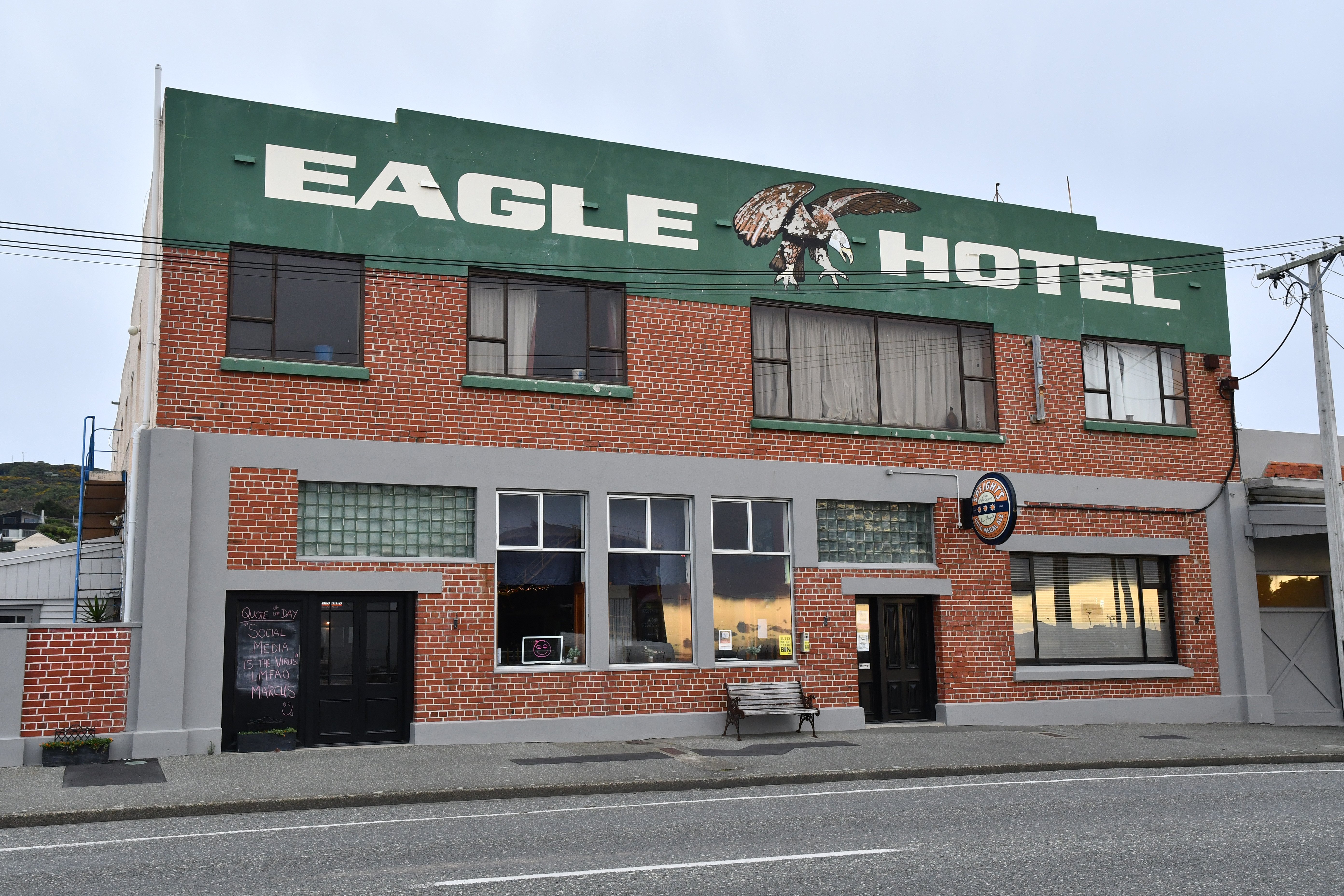 The Eagle in Bluff yesterday afternoon.PHOTO: LAURA SMITH
A Bluff pub has sunk its talons into the prime minister and the Covid-19 response, making comparisons to the Nazi regime in a sign it stuck in its window.

"Welcome to The Eagle - your friendly resistance head quarters," it begins.

"Ms Jacinda Hitler and Dr Ashley Goebbles [sic] have decreed it is mandatory for you to record your visit."

Joseph Goebbels was the minister of propaganda for the Third Reich under Adolf Hitler’s Nazi regime.

Broadcaster and Invercargill city councillor Marcus Lush lives in the small southern town, and posted a picture of the letter to social media platform Twitter on Sunday.

The majority of people responding disapproved of the sign.

One said, "I hate that we live in a time where I legitimately can’t tell if this is satire".

Another said, "I can’t see that pulling in punters."

The pub’s own Facebook page had not escaped comments from those upset by the words.

Some commenters have called for a public apology.

"To compare our PM to Hitler shows blatant disregard for what those poor people suffered heinously for all those years ago. Educate yourselves," one person said. 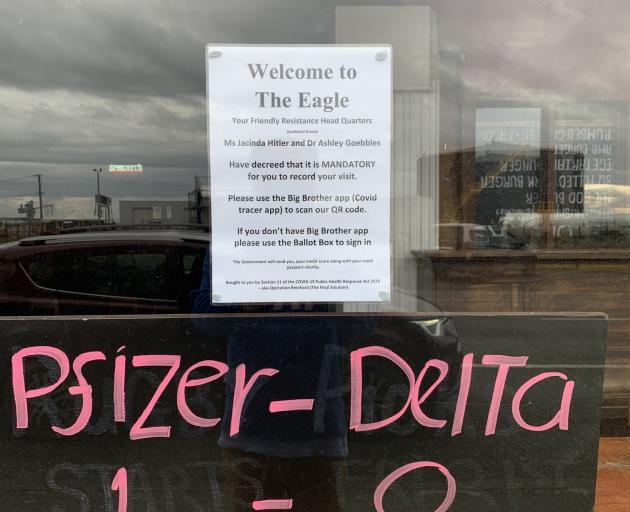 The notice on the door of The Eagle pub in Bluff, as tweeted by broadcaster and Invercargill city councillor Marcus Lush. PHOTO: SUPPLIED
Another wondered how anyone could think it was an appropriate comparison.

However, a handful of those commenting were in support of pub’s stance.

"Thank you. Coming down at the 1st opportunity (probably Wednesday) to show my support for freedom, common sense and a good sense of humour," one person said.

Someone else said there needed to be more people like them to make a stand.

The letter had been taken down from the window by yesterday afternoon, but another message had been chalked on the board outside: "Quote of the day: ‘Social media is the virus’ LMFAO Marcus", followed by a winky face.

The Otago Daily Times could not contact the management of The Eagle yesterday.