By Luisa Girao and Laura Smith
0 Comments
It started out gently, but then it all came crashing down.

When the first bricks hit the ground yesterday, signalling the start of the Invercargill inner city redevelopment, the crowd applauded.

One of the main figures behind the project, HWCP director Scott O’Donnell, described the moment as gratifying.

The multimillion-dollar project includes the demolition of an entire block bordered by Dee, Tay, Kelvin and Esk Sts to construct a new centre comprising retail, food and beverage, offices and apartments. 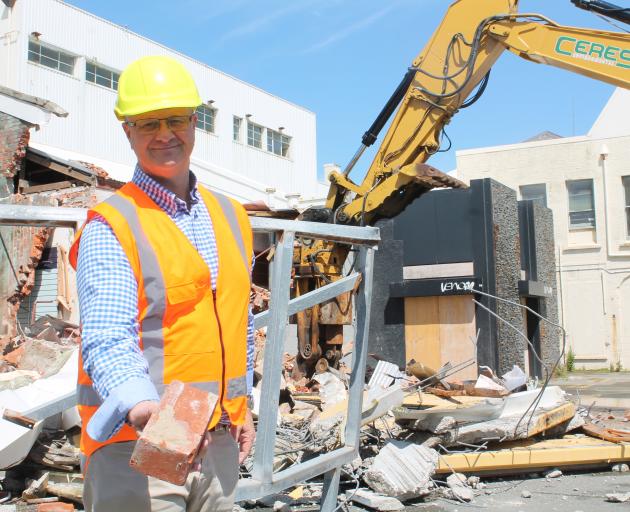 Work was due to begin on January 6, but was halted when Nelson property manager Gaire Thompson filed an interim injunction in the High Court at Christchurch in December 2019.

Approval to start the first stage of the redevelopment was given at a hearing earlier this week.

He said Invercargill in the 1970s was "one of the leading small towns of New Zealand ... Why can’t we do that again?"

Invercargill deputy mayor Toni Biddle was one of the most excited during the ceremony.

She video-called Mayor Sir Tim Shadbolt, who was on bereavement leave.

"I think this is the beginning of a really special decade for us ... We’re rebuilding the heart of our city centre."

She said it would "completely transform" the city.

Members of the public watched the demolition and one resident said she hoped to see the finished build.

Years ago, she worked in the same building that had just been pulled down.

The first part of the project was expected to be completed by 2021.