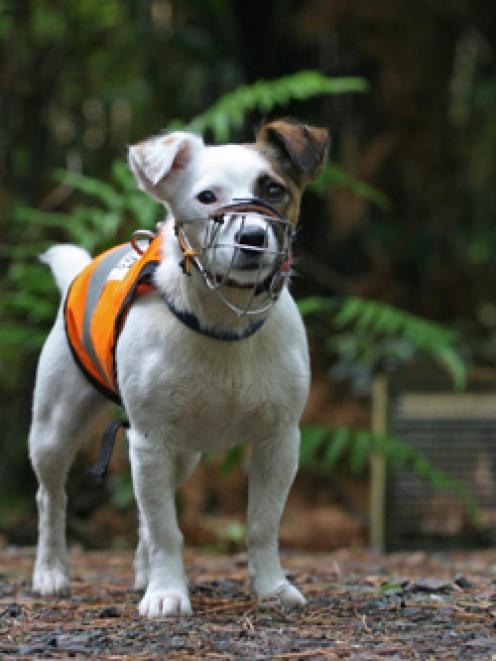 A rodent-hunting dog has been used in the search for the rat on Ulva Island.
Peanut butter proved unsuccessful, so sardines, chocolate spread and walnuts were next on the list as Department of Conservation staff try to track an elusive rat on Ulva Island.

Signs of the rat were first noted on the island, just off the coast of Stewart Island, more than a month ago.

Since then, Doc staff have tried various measures to trap what is thought to be the only rodent on the normally predator-free sanctuary.

While most rats were attracted to peanut butter, ''this one isn't most rats'', rat eradication specialist and incursion programme leader Peter McClelland said.

''We're working through a list of what most rats are likely to eat, based on trials which have been done,'' he said.

''This one doesn't like peanut butter, so we've been trying a range of other things.''

If that did not work, commercial rodent eradicators would be used, Mr McClelland said.

Staff had captured several photos of the rat, and its location, in Post Office Cove, had been determined, he said.

It was unclear if the rat was male or female.

There were concerns a female rat would breed on the island given they were regular breeders, Mr McClelland said.

On average, one rat per year turned up on Ulva Island, a 266ha island ''within swimming distance'' of Stewart Island.

Rats were removed from the island in 1995.

It is now home to many endangered birds including the South Island saddleback, rifleman, yellowhead, Stewart Island robin and Stewart Island brown kiwi.

Tracking would continue for at least another six weeks after the rat was found.