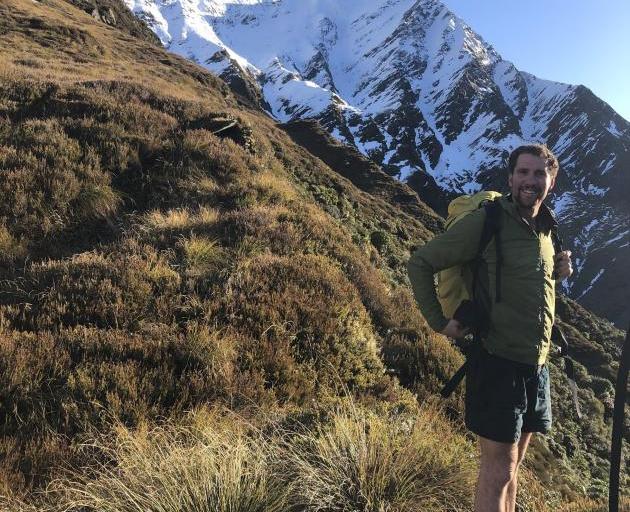 Southland man Lochie Bellerby, one of the two New Zealanders who were on the ship. PHOTO: SUPPLIED
The families of New Zealand and Australian crew missing from livestock carrier Gulf Livestock 1 have raised more than $100,000 for a private search and rescue plan.

Southland man Lochie Bellerby and fellow New Zealander Scott Harris went missing after the boat they were working on sank with 43 people on board during a typhoon on September 2.

While the Japan Coast Guard has so far recovered only three people, including one who was deceased, the Bellerby family believe Mr Bellerby may still be alive.

A Givealittle page was launched on Wednesday after his family slammed the New Zealand Government for its lack of support and said they had "no choice" but to prepare to launch their own rescue plan.

Friends of missing Australian man Will Mainprize also started an online fundraiser, which hit a $70,000 milestone in one day.

In a statement yesterday, Bellerby family spokeswoman Sue Sherburd said they would expect to combine resources if it meant "a better outcome for all families".

"The family are working with the Australian families and supporters to combine efforts as best they can, and remain grateful for all the support and advice with search efforts so far."

— "whether that be by satellite and drone surveillance technology, chartered search and rescue devices, media awareness campaigns and search incentives".

"People have survived 41 days on a life raft in this very area before."

Mr Bellerby was described as "a legend loved by many".

"He is extremely capable, adventurous and without a doubt possesses the character needed to not only get through this but to help pull others through."

Mrs Sherburd said the family understood all information it was providing the Ministry of Foreign Affairs and Trade (Mfat) with was being passed on to on to the Japan Coast Guard.

However, they needed it to be a two-way street.

"While this is a step forward, the family continue to seek more information from Mfat, including full, unfiltered survivor statements including the events leading up to the capsize of the ship and search and rescue details of the search area undertaken by the Japan Coast Guard."

It would be "critical" information for any future targeted search, they said.

Advice was continuing to be gathered from marine authorities and search experts as to how to deploy a targeted search off the coast of Japan.

The Bellerby family was also pushing to have regular information bulletins sent to ships passing through the area.