To help voters make informed decisions in the 2019 elections, we ask candidates who they are, what they stand for and how they would handle the big issues facing their district. Today, Luisa Girao puts the questions to Invercargill City mayoral candidate Tim Shadbolt. 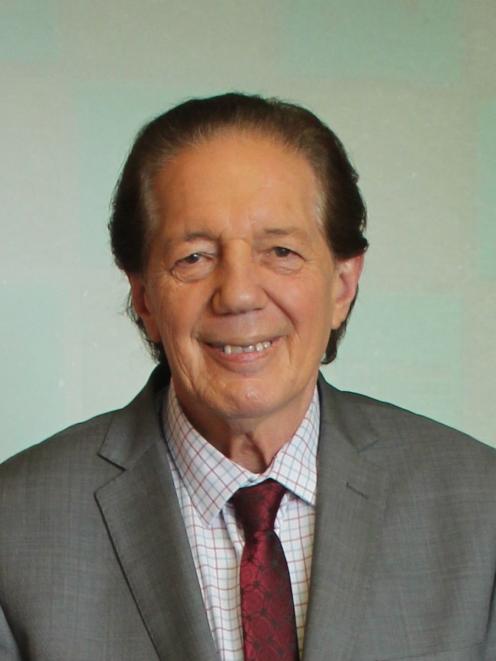 New Zealand's longest-serving mayor, Tim Shadbolt believes he still has lot to do for Invercargill.

Hoping to secure a record ninth term as mayor, Sir Tim says being a ''fighter'' is his best leadership quality. He was made a Knight Companion of the New Zealand Order of Merit in the New Year honours for his services to local government and the community.

He puts his success as a politician down to his communication skills and use of humour as a defence mechanism.

I think it's probably the most challenging job you can get, and to me I think it's quite stimulating. I wouldn't want to be living a quiet life and not getting involved.

There are many reasons why I'm standing again. The challenge of attracting 10,000 more people to the region by 2025 and the fight to protect SIT is among them.

What are the key challenges facing the council?

In the immediate short term, the recycling contract and the fate of 82 disabled workers. In my whole career, I have never being presented with such a large petition. It is an issue people are passionate about and our community is divided over it. I know critics have said I'm an old git and I should give up. But I've never had any criticism over 30 years, except when I took the ''wrong side''.

Some people wanted me to take the side of the big companies from the North Island. People were very angry and I feel very angry, too. The city block is one of our inspirational projects. It's high-risk but the outcomes can be huge. A lot of life is a gamble. There's always a risk but there is also risk in doing nothing.

Council unfortunately has a tendency to consult all the time on every move we make. The time for consultation is over. We need to start to build again. I believe we are already building more houses than anywhere else in the entire country, but it is not enough to solve the problem. Let's hope we can turn the support that is out there into something more practical.

What do you think you have done right and what would you do differently as mayor of Invercargill?

One of the greatest things we have done is build a state-of-the-art water purification plant. It cost $17million, but we can now produce pure, clean and healthy water for $1 a week - and you can use as much as you like. I love the movies, the events and all the other projects I've been involved in but I still think infrastructure is really important.

What I could have done differently? There were minor issues such as buying Christmas trees from China just before the election, but also the first attempt of an international flight in Invercargill in 1994. God was against us because we had everything lined up - an Australian company to be an investor - but the owner of the company had a heart attack and died. Most people would give up but not Southlanders. We are resilient.

I would like see a fair transmissions cost for the aluminium smelter. They are our biggest industry, they employ more people than any other business and I believe they are the essence of our future prosperity.