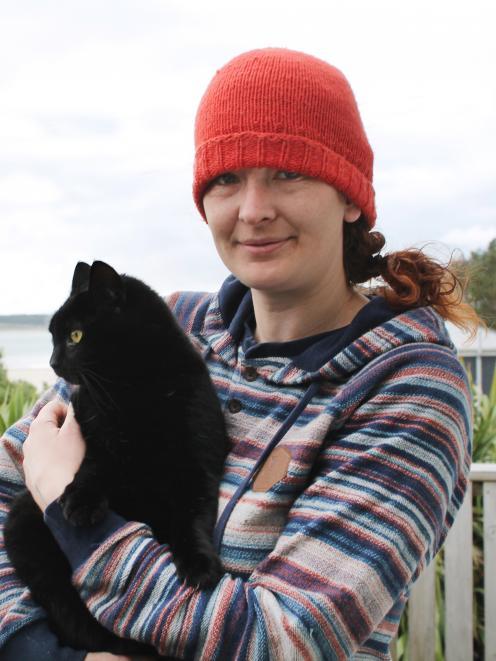 Omaui resident Jenna Horrell, one of a group the 47 residents who signed a written submission against the cat ban, said the proposal had caused a lot of stress in the community and Environment Southlandhad not provided any official research results to prove cats were the main problem in the area.

''When did New Zealand became a dictatorship? When did education and consultation became a thing from the past? Why has our small coastal town been thrown to the wolves ... or in our case, to the rats, possums and ferrets? I believe this section of your proposed plan is unjust.''

According to the plan, Omaui residents will have to have their cats neutered and microchipped. They will then not be allowed to replace their cats when they die.

The 47 submitters represent more than 80% of the population of Omaui, and eight of them addressed the hearing. All complained of the lack of communication and information.

Another resident, Nico Jarvis, said the community became aware of the matter only through media reports on the proposal.

''Only three people said they had received letters from Environment Southland with details about the cat ban.''

She told the hearing Environment Southland did not attend two community meetings on the issue, despite being invited.

Ms Jarvis told the Otago Daily Times after addressing the panel that ''we are talking about a population of 12 cats or less. We could even have pictures of the pets to identify which ones are owned and which ones are feral. It seems more reasonable to me than make a general ban of all cats.''

Winton residents Denise and Warren MacPherson asked the regional council to include the scentless chamomile to be managed under the eradication programme.

Ms MacPherson said the plant looked harmless but in United States and Canada it was classed as a noxious weed.

''They are in small infestations in Southland but they have the potential of becoming a serious and persistent weed problem in New Zealand.''

The panel is expected to provide a final report in the next couple of months.