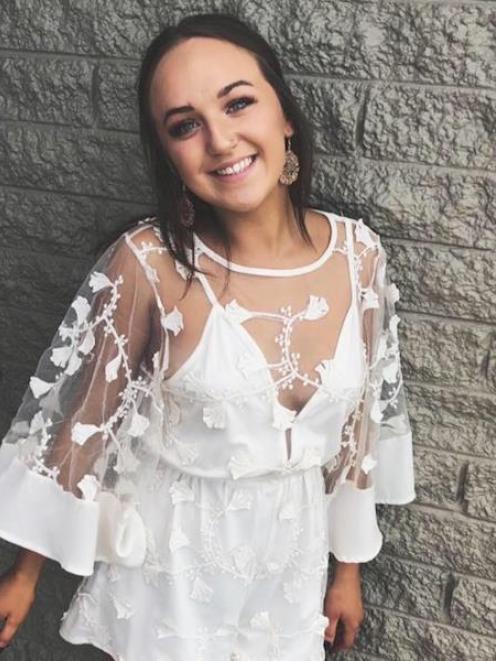 Thalia Newport died when a van rolled near Winton. Photo: Givealittle
The owner of a modified van which crashed resulting in the death of an Invercargill woman has pleaded guilty to a charge of endangering life by criminal nuisance.

Joshua William Leitch (21) appeared at Invercargill District Court today where he admitted to playing a part in the crash which killed Thalia Jayden Newport (20) in Winton, on February 16, 2020.

The summary of facts stated the van had been designed to have three seats in the front, all with seatbelts.

When Leitch bought the van in July 2019, it had a number of uncertified modifications including a bench seat in the rear, no accompanying seatbelts and suspension modifications.

However, despite modification, police said it was unclear what caused the van to crash.

In February 2020, Leitch and a group of eight people decided to travel to Queenstown.

On their return to Invercargill about 4.30am the next morning, the driver, Aaron James Collinson exited the Winton township.

The driver and a passenger remained in the van secured by the seat belt but the other seven occupants of the car - including Leitch - were all thrown from it at various locations.

During the court hearing today, judge Russell Walker took note of his guilty plea but adjourned the matter until Leitch attended the Right Track programme  — a course provided to show dangerous drivers the possible repercussions of their actions to prevent them from reoffending.

A nominal date was set for November 30, when Leitch’s defence lawyer, Tanya McCullum will update the judge on the client's progress.