Pigs may fly for mayor 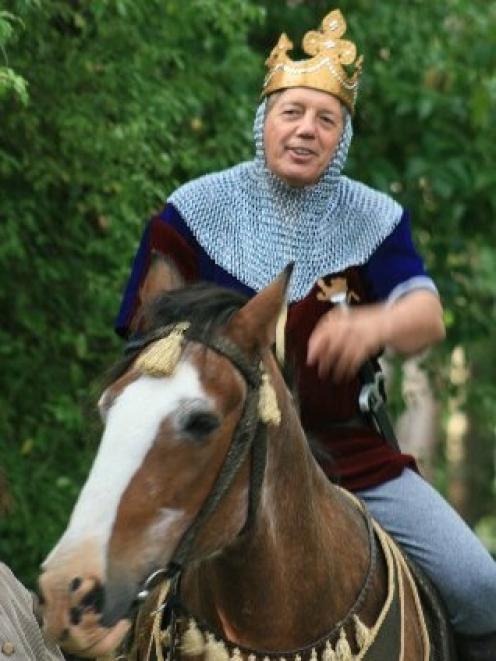 Tim Shadbolt
A pigs-might-fly punt by Invercargill Mayor Tim Shadbolt may earn the city millions of dollars, as a biotech firm is planning to put pig parts into people.

Asked to come up with $1200 to feed some Invercargill-based Auckland Island pigs by some indigenous breed enthusiasts in 1999, Mr Shadbolt fielded some flak from councillors and ratepayers when the feeding bill ballooned to $12,000, all from the Mayoral Contingency Fund.

"These pigs just took to Southland conditions. They dined on porridge and swedes and they became raging sexual beasts, producing larger litters than they did on the Auckland Islands."

Unfortunately for the mayor, his council and ratepayers were not so amused.

"They took the fund off me and renamed it the Council Contingency Fund," he said.

But Mr Shadbolt is likely to have the last laugh next month when his initial support for the project begins to bear fruit.

"It has all come to fruition, and I rub it into those people who didn't support me at every opportunity," he said.

Melbourne biotech company Living Cells Technologies (LCT) is investing in a mutimillion-dollar quarantine and research facility between Invercargill and Bluff.

It is developing a cell-based product to treat life-threatening diseases including type 1 diabetes.

The small number of patients experienced no adverse reaction and several reported a significant reduction in their insulin needs despite the use of small doses, LCT chief executive Paul Tan said.

"It was very encouraging."

Led by Auckland scientist Dr Bob Elliott, the company is hoping to conduct New Zealand clinical trials and is awaiting a decision by Minister of Health David Cunliffe.

The decision is expected next month.

"We are an international company but we have a loyalty to New Zealand and want to conduct trials here."

Mr Cunliffe has asked for further consultation from the National Health Committee on the xenotransplantation application from LCT on August 8.

Dr Tan said if the company got the go-ahead, facilities would be built in Auckland and Invercargill to house the special pigs.

"The Auckland Island pigs are quite unique. They have been isolated from all other herds for more than 200 years and are disease-free," Dr Tan said.

The company could produce commercial quantities within five years of the first clinical trials, he said.

Venture Southland strategic projects manager Steve Canny said having LCT set up a facility in the province was "fantastic".

"This has enormous potential and could not only provide a diverse range of jobs in the future but also help an enormous number of people."

It is expected more than 11,000 New Zealanders have type 1 diabetes.

While Mr Shadbolt is hoping LCT will find a cure for diabetes, he is also hoping for another possible side-effect.

"I want the reinstatement of my Mayoral Contingency Fund," he said.