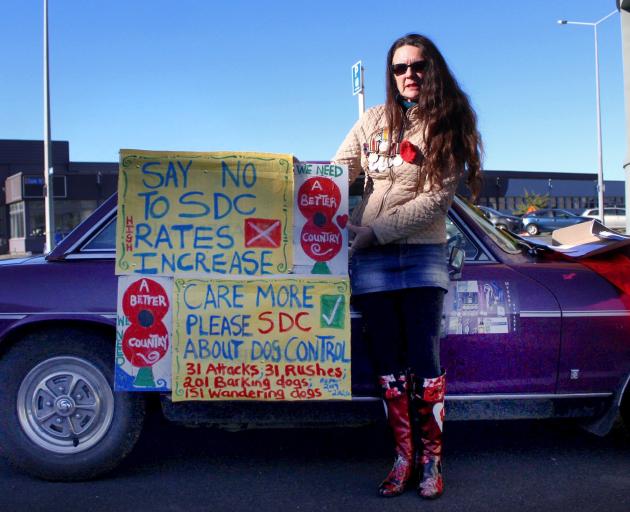 Nightcaps resident Wendy Baker has taken her fight against increasing rates to the Southland District Council headquarters in Invercargill. Photo: Matthew Rosenberg
Small-town Southland residents say significant rates rises are hard to take after years of neglect from their council.

On May 5, the Southland District Council (SDC) approved an average rates increase of 10.15% as part of its long-term plan.

The main purpose of the increase is to rebuild roads and replace more than 150 wooden bridges across the region.

But the rates hike has turned heads, including that of 63-year-old Otautau resident Wayne Hebberd, who says it’s not good enough.

“Small towns are getting pinged. We don’t get everything that the town gets."

Acting as a midway point between Ohai and Riverton/Aparima in one direction and Winton and Tuatapere in the other, the farming town is home to about 800 people.

Mr Hebberd has lived there nine years but has not worked since 2018 after a workplace accident left him incapacitated.

With his current SDC rates of $1900 a year set to go up, he is vocal about a perceived lack of attention the council has given the town.

“They should listen to the people. If you arranged a meeting to discuss the rates, I think you’d have most of the town there."

The old coal mining town shares a population of just under 1500 with bordering Nightcaps and is a shadow of its former self. 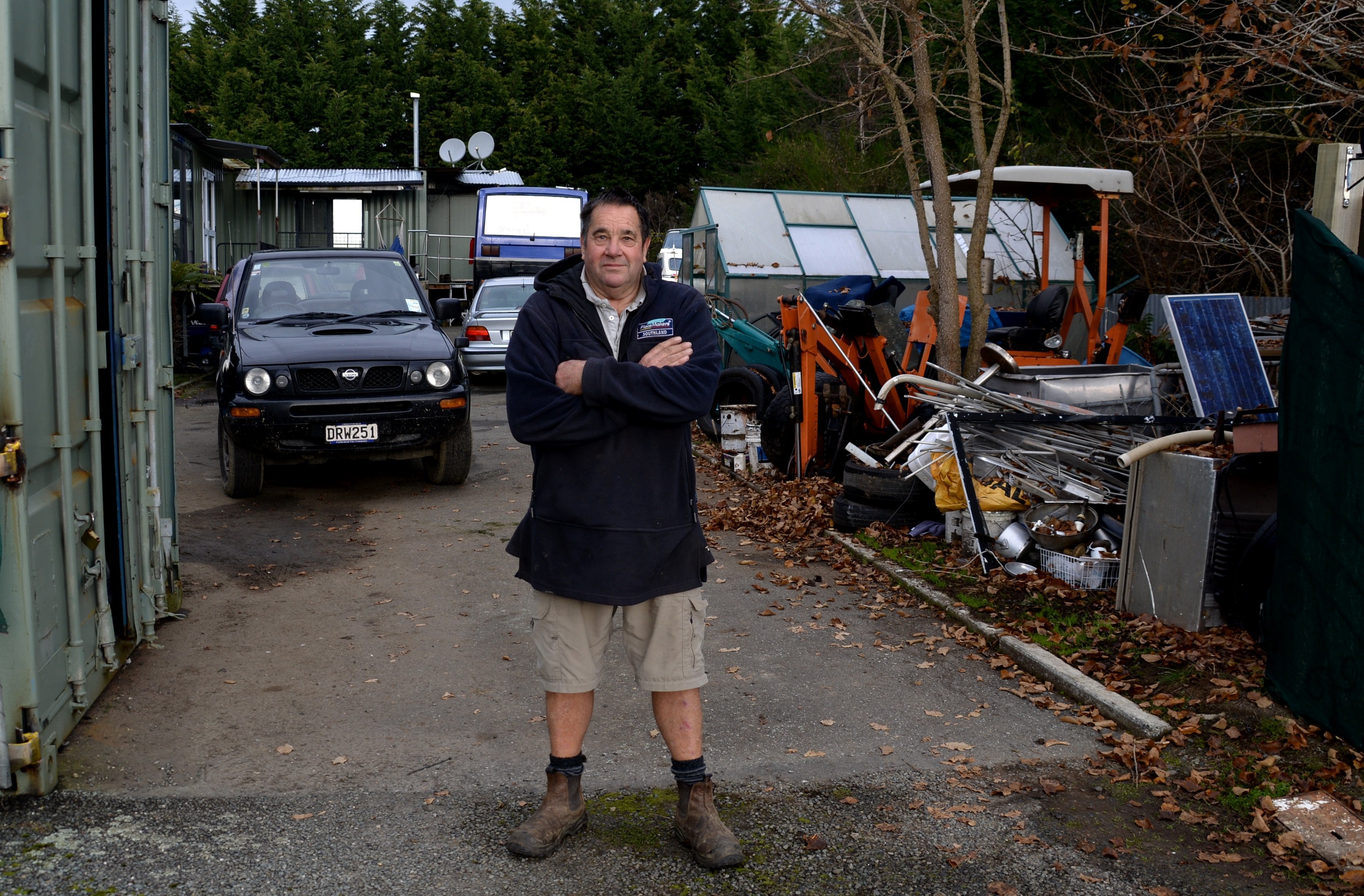 Otautau resident Wayne Hebberd says the council’s proposed 10.15% rates increase is not good enough and small towns like his are getting ‘‘pinged’’. Photo: Matthew Rosenberg
When the cogs of industry stopped turning, the people left in droves.

But sometimes Ohai attracts new residents, such as Mrs Cudby Robinson, who moved there from Marlborough in 2017 with the aim of becoming mortgage-free.

She said she had achieved her goal, but the town was now a place nobody wanted to live in as it was "basic, unattractive [and] not welcoming’’.

She lived in a street where vacant properties and overgrown lawns were the norm, and now she was thinking about moving on too.

"That’d give SDC more ratepayers rather than hiking the rates of existing ratepayers.’’

Southland Mayor Gary Tong said he heard the frustration of small communities and understood people were doing it tough.

He said "a lot’’ of key infrastructure was coming to the end of its useful life in the next 10 years and the council did not have enough funding to meet the increased costs at present.

"Time and time again during the consultation period as we developed our new long-term plan, we heard from the people of Southland district that maintaining the quality of our roads and bridges was non-negotiable.’’

Not all residents saw the rates increase as an issue, however.

The council had “eased the burden" on urban townships by moving $1million of strategic asset reserve money from roading to existing wastewater rates, Mr Tong said.

One Otautau resident, who did not want to be named because they did not consider themselves a “local" yet, could not understand the fuss.

“I don’t know that we can complain. OK we’ve only got footpaths on one side of the road. But jeepers, there’s not a hell of a lot that’s here."

But those who do care, care a lot.

On May 13, a sole protester pulled up outside the Southland District Council in her 1975 Triumph Stag with placard in hand.

It was Nightcaps resident Wendy Baker — a vocal presence in the fight to keep rates down.

Ms Baker says her rates are set to increase to $2900, and she’s not happy.

“Having a 10.15% increase is not promoting a better country if you’re not improving the service levels as well,’’ she said.

“It’s hard going for people after Covid. Every cent counts to some people."

The council’s long-term plan is now being audited by Audit New Zealand. Once complete, the council will adopt the plan on June 23.