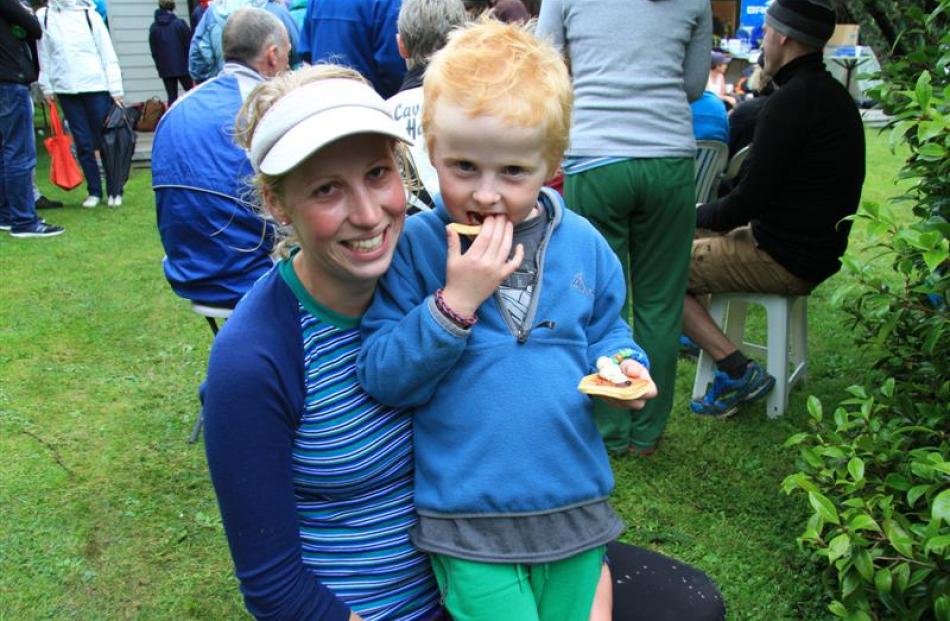 Henry (4) and Julia Eyles, of Invercargill, treat themselves to some pikelets after Henry's fourth Papatowai Challenge. 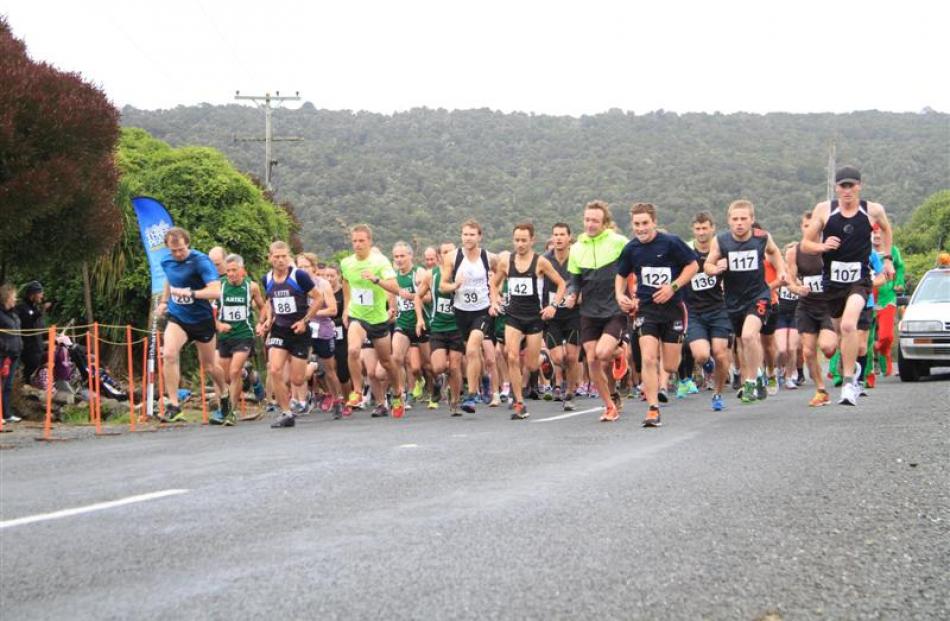 Participants in the Papatowai Challenge start out on the 15.5km event. Photos by Hamish MacLean. 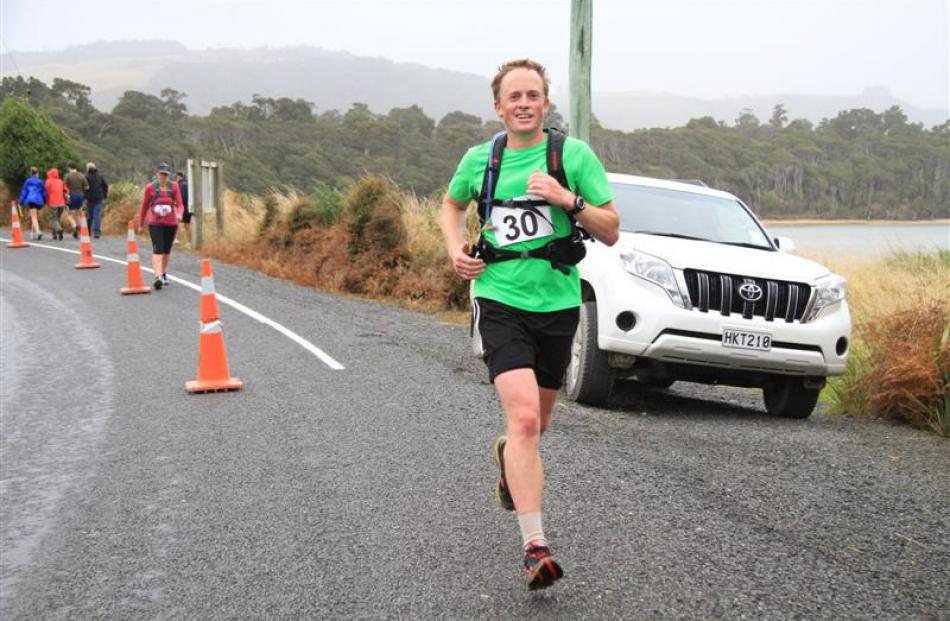 Henry and his mother were race walkers, while Henry's father Anthony Eyles (30) competed in the running section . 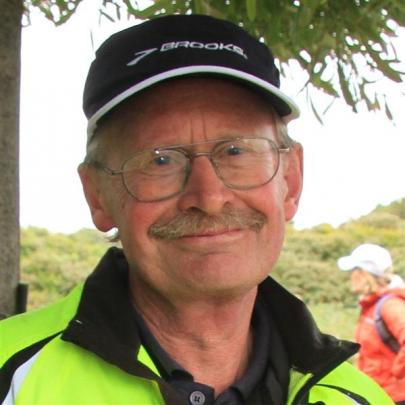 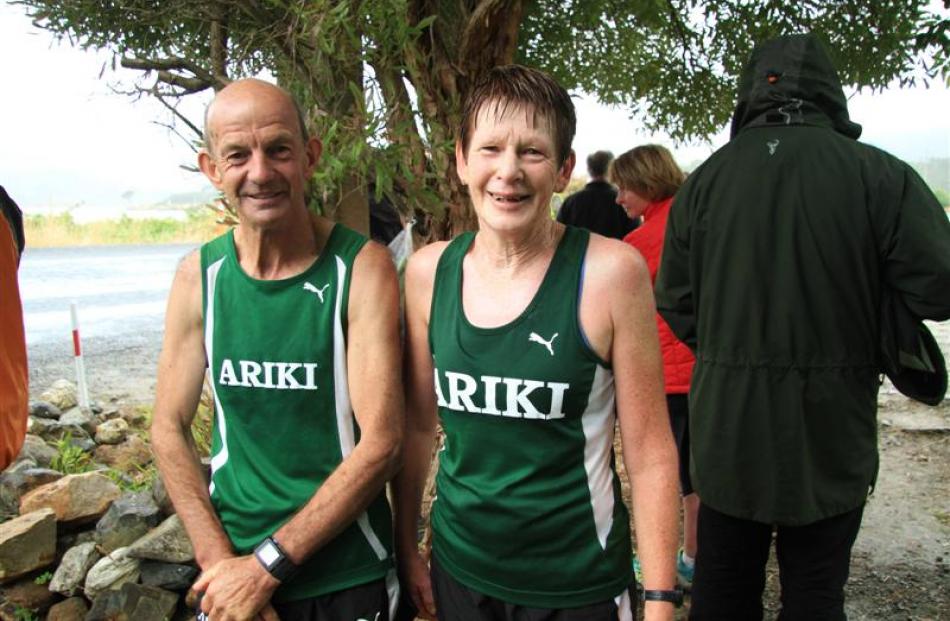 Gene and Dalise Sanderson, of Mosgiel, married for 35 years, were both awarded a 10 year medal at the 2015 Papatowai Challenge on Saturday.

When Anthony Eyles reached the beach in the 19th Papatowai Challenge on Saturday he followed the tracks his wife and son had made earlier in the sand.

Julia Eyles and Henry (4) started at noon, an hour earlier than the runners, and finished the 15.5km track as registered walkers for the fourth time at the weekend.

Next year, Henry is set to collect his five year medal and in doing so will be the youngest entrant to notch up five completed challenges.

He said his favourite part was ''the start''.

''He was so looking forward to it,'' his mother said.

''Henry did a lot of walking today; he walked half of it,'' she said. Next year the plan was to leave the pram behind, so Henry could walk the whole way.

Collecting their 10 year medals this year were a husband and wife running team, Glen and Dalise Sanderson, from Mosgiel.

The first time the couple competed in 1998 Mrs Sanderson finished first among the women. The Sandersons competed for eight straight years, but stopped competing at Papatowai until two years ago, when Mr Sanderson turned 60.

''The first go, we didn't know what to expect,'' Mrs Sanderson said.

''Now we know what to expect, but it feels just as hard as it did.''

The event's founder and organiser Wayne Allen said while the cool, wet weather had been a positive for the runners, each year the event must be held according to three guidelines. The race is held each year in February or March, on a Saturday, when there is a low tide at midday.

This year, when the runners hit Tahakopa Beach 1.69km into the run, they were faced with a 25 to 30 knot headwind. It was not a year for record breaking times.

Mr Allen said despite a very competitive field, the event was more a celebration of the running, or walking, community in Otago and Southland. The run at the town ''where the forest meets the sea'' has become, for Mr Allen, ''where friends meet friends''.

''I think that's what makes it so friendly at Papatowai. Look. They've been out there for two hours and they've still got smiles on their faces.''

''It started as a run with mates, usually about four or six mates, and then we sat down around a table one night and I got talked into making it an open event,'' he said. In the first Papatowai Challenge in 1997 there were 30 runners.

''People are actually treating it like a reunion now,'' he said.

''There's a big vibe around here. So many events you go to around here and you're running around streets and professional people are running these events and the money goes into their pockets.

''All the money totally goes out to the community.''

''To be quite honest with you, the main reason people come to do the Papatowai challenge - I'm sure - it's not the comradeship, it's not the scenic, it's not the physical aspect of it, it's the 1000 pikelets and jam that I make. Half of the pikelets have got cream on them.''

The event has had as many as 501 entrants, but 299 entrants on the weekend was good enough, Mr Allen said. The 1000 pikelets that he served were all consumed.

Jason Palmer, of Balclutha, successfully defended his 2014 title, covering the bush track, beach and country roads course in 57min 22sec, just ahead of Stafford Thompson, of Dunedin, who finished in 57min 41sec.