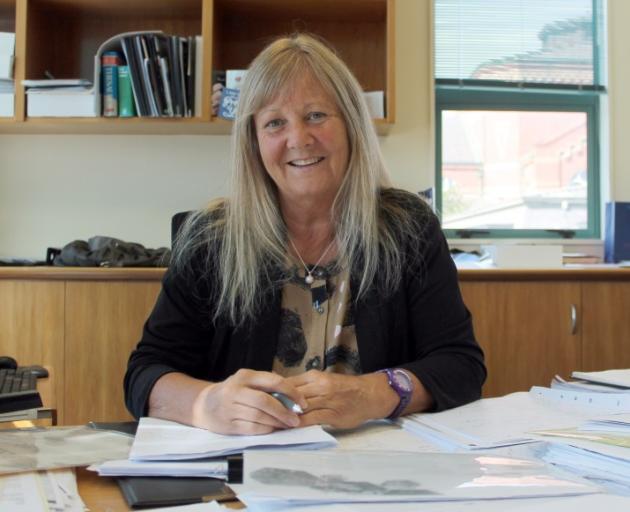 Southern Institute of Technology chief executive Penny Simmonds is ready for a new challenge. PHOTO: LUISA GIRAO
Penny Simmonds has been selected by the National Party to contest the Invercargill electorate at the 2020 general election.

However, her future as chief executive at the Southern Institute of Technology is still to be determined.

While rumours of her candidacy had ‘‘been around for about 15 years,’’ she decided to consider it when incumbent MP Sarah Dowie announced her retirement in February.

Concerns for the future of SIT, and for sectors feeling the pinch like farming, prompted her to take the plunge this year.

‘‘My three daughters are in their 20s ... I felt everything was coming together at the right time and it was the right time for me to put up my hand up.’’

Ms Simmonds said reform of vocational education was ‘‘one of a number of things that worried’’ her about the Government.

If elected, she would push for changes to the tertiary education sector and lobby for better appreciation of, and communication with, farming and primary industries.

‘‘I would like to change the way we treated our farmers and our primary industries for the last while.

‘‘They are the heroes of our economy and I think they are being treated as though they were the villains.

The 60-year-old said her future as chief executive of SIT, a role she has held for 23 years, was still to be decided.

She was contracted to the polytechnic until the end of the year.

There were still discussions to be had with the SIT board regarding her campaign and possible future with the tertiary establishment.

She did not want to mix her campaign with her SIT role.

‘‘I've let the SIT board know and now I have to have a conversation with them.

‘I’m delighted to be selected as National’s candidate as I'm really passionate about being an advocate for Southland and Invercargill.’’