As early as 2016, Southland Hospital general surgeons considered "alarming" information about access to diagnostic colonoscopies was being ignored.

Colonoscopies are vital for timely discovery of rectal and colon cancer.

In a May 23 2016 letter Mr Pfeifer told Dr Millar "our concerns are well known and are of long standing".

"Attempts have been made in the past to call attention to our problems and to voice our concerns, but we feel that we have been simply ignored."

The concerns related to the application of the national guidelines for direct access colonoscopy across the whole of the Southern District Health Board.

Since 2012 all referrals for colonoscopy have been assessed in Dunedin to see what priority should be given them, regardless of who referred the patients.

The Southland surgeons believed the national criteria were designed to apply to referrals from general practitioners and non-gastrointestinal specialists.

Mr Pfeifer said the process had resulted in "a lot of declined procedures, a lot of frustration for specialist general surgeons in this hospital, and sadly and most importantly a number of missed cancers". 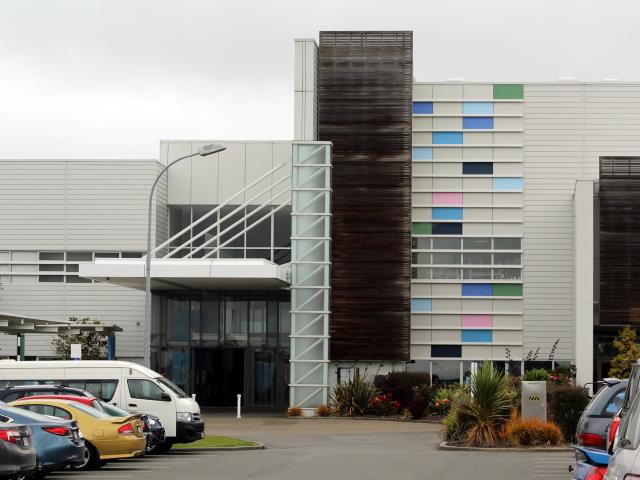 Southland Hospital in Invercargill. PHOTO: ODT FILES
At the least, the two general surgeons on the site with sub-specialist colorectal interest should have free access and should have some control over scheduling patients on to their colonoscopy lists, he said.

The persistent over-ruling of these two surgeons' referrals was anti-professional and "has, as is inevitable, resulted in missed cancers".

The situation was having a major impact on the clinicians' ability to provide best care for patients, resulting in extreme frustration for specialists, and it was a significant clinical risk for the DHB, Mr Pfeifer said.

After a meeting with Dr Millar in August 2016, Mr Pfeifer provided a list of cases from the previous two to three years which included 20 missed cancers/delayed diagnosis, 19 cases declined where the criteria had been met, 31 cases where specialist referrals had been overridden, three declined due to their age and five where communication issues resulted in delays.

These numbers were unlikely to be complete, but "even so, in our opinion, the figures are alarming, and we are concerned about the implications of this for our patients".

Mr Pfeifer made it clear any verification or analysis of this information would need to be carried out independently of the gastroenterology department at the DHB.

On November 21 2016 Mr Pfeifer, in an email to Dr Millar, said he and his fellow general surgeons found it "highly concerning" that he had not had any response to the August email providing the data, despite follow up inquiries on August 30 and October 3.

"Nigel, this matter is not going to go away by simply ignoring it."

By return email Dr Millar said he was not ignoring it or expecting it to go away, but it was a matter of finding the time to set up an external review as discussed.

In January 2017 Mr Pfeifer again raised concerns about the lack of action and threatened to escalate the matter.

He did so again on May 4 last year, in an email saying that although agreement was reached the previous August on an external review and reviewer and terms of reference agreed, there had been no further progress.

A further review of cases had been done which showed more cases of delayed diagnosis which needed to be added to the list of cases to review.

Again, he expressed concerns about the clinical risk for both the DHB and individual clinicians and called for urgency, requesting the reviewer be appointed and time set for the review within two weeks.

In mid-May 2018 Dr Murray told Mr Pfeifer the review terms of reference had been signed off, but there were a few differences between the document produced in May and the final document in November 2018.

The letter showed the surgeons were fed up with the delays to the review and had lost confidence in the endoscopy service.

Dr Millar, speaking then about the review, said the surgeons' "significant concerns" were being taken seriously. In his emailed response to the September letter, Mr Fleming noted the surgeons' request for "unfettered access".

"This indeed may or may not be a recommendation from the review."

It would be essential, if there were changes recommended, that there was no return to the previous situation which he understood to be a three-year waiting list.

This "frankly, is a significantly unacceptable risk in its own right", he wrote.