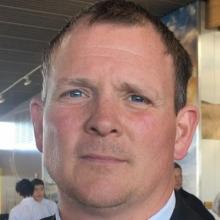 Mr Coe  sent a letter to parents and caregivers outlining a decision to disestablish three assistant principal roles at the Invercargill school, which has a roll of just under 1000.

In the letter, Mr Coe said there was a need to improve the school’s financial situation.

However, he told the Otago Daily Times yesterday the move to remove the assistant principal positions was not a cost-cutting exercise.

"We feel there are clear structural weaknesses in our current senior leadership team model, which has at times led to overlapping responsibilities or gaps in delivery," he said.

"We are committed to investing in the curriculum, classroom upgrades, critical preventative maintenance and much-needed capital projects."

The three assistant principals who have had their positions disestablished - Linda Dalzell, Steve Jackson and Alan Bailey - all have a long association with Southland Boys’.

Mr Jackson and Mr Bailey have both worked at the school for over 30 years.

He said he was aware the job losses would disappoint many people associated with the school.

"We acknowledge that those holding those roles have a long association with the school. We know this will be disappointing, especially as we live in a tight-knit community and many people will know those staff members directly affected by the changes," Mr Coe said.

"However, we believe these changes are in the best interests of our boys and will put the school on a stronger footing for the future."

The new senior leadership team structure would be in place at the start of the 2019 school year, Mr Coe said.

The new associate rector position would be advertised in the coming weeks.