An electronic tablet could have caused a fire which destyroyed the Mossburn Diner on Friday night, a Dunedin fire investigator says.

Mark Bredenbeck said it was possible the fire was instigated by a malfunction of a lithium ion battery within a tablet but he was not certain.

"It’s a hypothesis that works but it’s not a confirmed hypothesis."

The cause would be left as undetermined, he added. 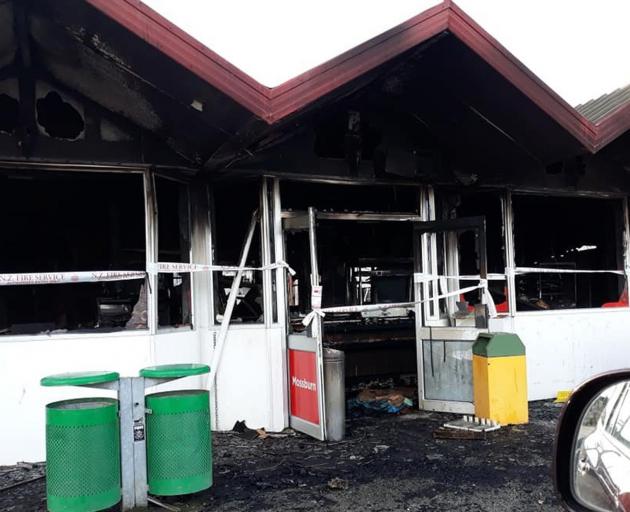 A tablet may have started the fire at the Mossburn Diner in Southland last Friday, a fire investigator says. PHOTO: SUPPLIED

More than 35 firefighters fought the biggest fire in the township for more than 10 years after being alerted about 8.30pm.

Earlier this week, Mossburn chief fire officer Lance Hellewell said the Devon St fire was fought by four volunteer brigades whose work was a fine collaborative effort, but the building had been "well involved" when firefighters arrived.

Former Centre Hill resident Jan McBain visited the cordoned-off site and was "devastated" by what she saw.

"I didn’t expect it to be that bad, it was a total shock."

As a primary school pupil in the 1970s, she used to visit a friend who worked there for lunch and frequently ate there with her parents over a 10-year period.

Mr Bredenbeck said as a fire safety rule, if devices were going to be left plugged in, they needed to be on the right charger for the specific device.

Overcharging or leaving devices charging overnight should also be avoided, he said.