By Laura Smith
0 Comments
Flurries of black and yellow pests can be seen on Southland properties as the wasp season starts.

And, Geoff "the bee man" Scott says, the season is only just beginning.

The "aggressive" insects could impact on the lives of those who found themselves sharing their home or garden with them — some people could find they had up to nine nests on a single property, he said.

As well as a risk to human health, they could prove to be destructive guests. 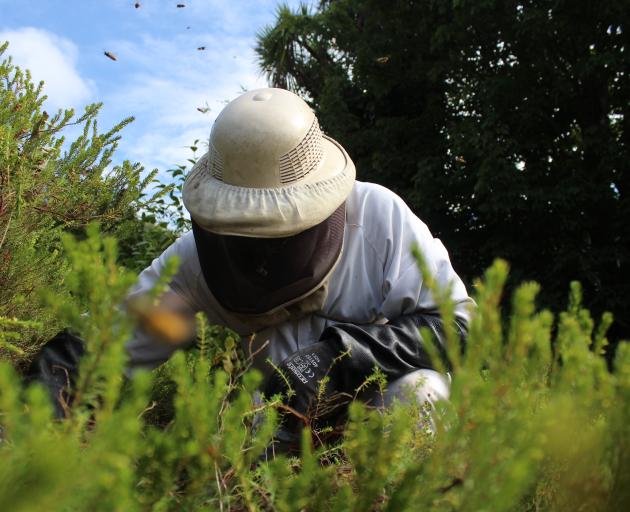 With a slow start to wasp season, Geoff ‘‘the bee man’’ Scott expects more callouts to extermination jobs. PHOTOS: LAURA SMITH
A wasp nest he dealt with last week in Gore had been constructed on a wooden fence — the structure was a surprisingly sturdy sanctuary for the German wasps.

The season was late to start, but the calls for extermination had begun trickling in. 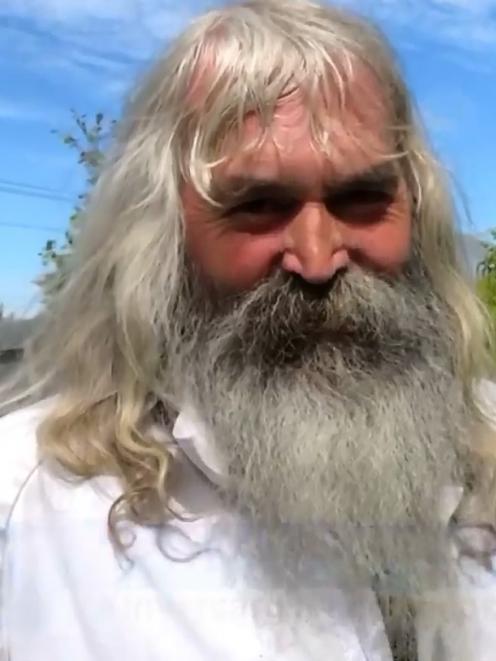 "This year it’s been very quiet. I’ve done about 30, whereas two years ago I did 300 in Riverton alone."

He said this time of year would normally be the end of the season, "but as you can see we’re only just starting".

The nuisance wasps posed was not always the only thing clients had to deal with. Mr Scott said it was not uncommon for people to be unable to afford the cost of extermination.

"Some people when you go there you know they can’t afford it, which is a real shame because you can’t leave the wasps there."

He said he believed local councils or Work and Income should contribute financially or offer assistance in such cases.

Ministry of Social Development acting regional commissioner Sue Rissman said "we are here to help and have support available for urgent and unexpected bills, which can include pest control in some cases".

"We encourage people needing help with pest control to get in touch and discuss their individual needs with us to see if they are eligible for such assistance."

While this wasp nest was small, Mr Scott said the biggest nest he had dealt with was a few years ago and measured 2.75cu m.
Environment Southland biosecurity and biodiversity operations manager Ali Meade said ES managed a range of plant and animal species that were or could become an issue for Southland.

"All ratepayers contribute to the work of the biosecurity team through the biosecurity rate. However there is no provision within the rate to cover the funding of region-wide wasp control.

"Pest control is generally the landowner’s responsibility, with the exception of some high-priority or tricky-to-deal-with species."

When people rang in about wasp nests they were referred to pest removal companies, or beekeeping clubs that also dealt with wasp control. 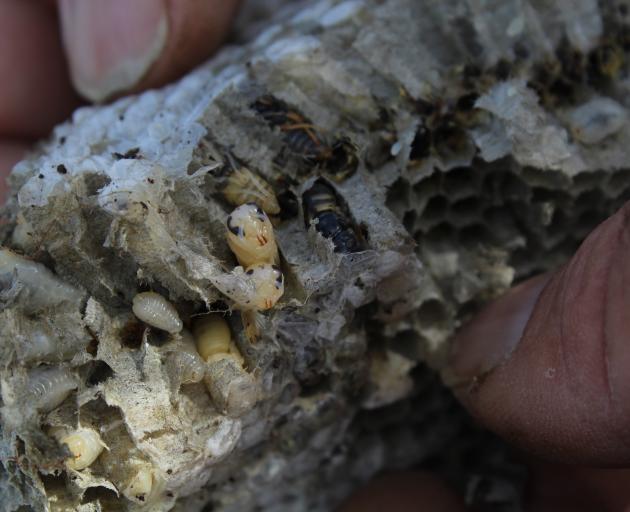 Wasps start off as larvae and hatch from cells they grow in within the nest.
Mr Scott was a member of the Southland Bee Society.

"Those that can’t pay for the service or prefer to do it themselves can purchase insecticides from hardware and garden stores which have permethrin as the active ingredient."

Southland District Council environmental health manager Michael Sarfaiti said pest control of wasps was the responsibility of the property owner, but if a wasp nest was an issue on council-controlled land, the council would deal with it.

It had not considered funding wasp control as current legislation did not require it and SDC rates did not cover wasp control on private property.