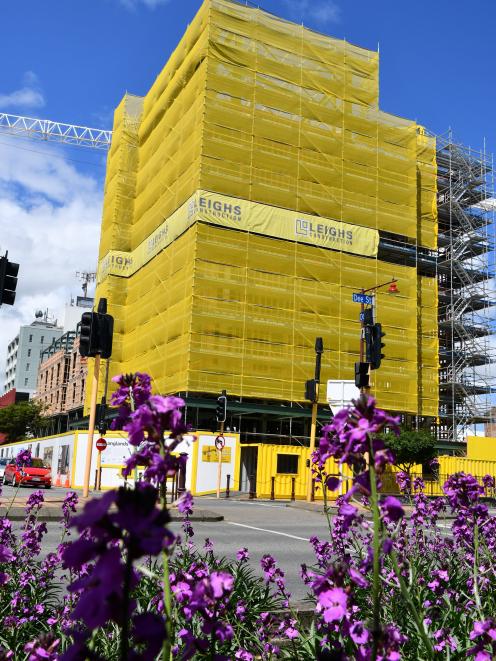 Piling and foundation work began on the city centre hotel a year ago.

ILT president Alan Dennis said the steel frame of the building was now finished, and the entire project was expected to be complete by the first few months of 2022.

Work would now focus on the inside of the project at the corner of Dee and Don Sts.

Bright yellow safety netting was wrapped around it, and further change would not be as visible to the public for some time, he said.

Mr Dennis was very excited about the build, including some recent design adjustments.

One of these was the inclusion of a top-floor bar, seven stories up.

"You haven’t got to go very high in Invercargill to get a view."

After a turbulent year, he called the progress a beacon of hope.

"Having a little bit of light at the end of that tunnel, it’s pretty positive, it’s a nice feeling for the South."

He said a hotel build was due.

"I’m pleased we did. Even when the virus struck, we met as a board and management and said ‘we’re going ahead, we’re not hesitating. She is all go’."