‘Great to see’ so few drink-drivers 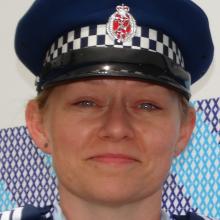 Miriam Reddington
The police are pleased to have apprehended few drink-drivers this summer, but continue to focus heavily on the issue in order to get the message across.

Senior Sergeant Miriam Reddington said  it was "great to see" so few drink-drivers among those stopped during the campaign.

"We’ve obviously had an influx of people lately and we police our roads pretty hard around here.

Despite the positive results,  staff were still policing drink-driving  strictly in the area, and  apprehended another person on Wednesday night, Snr Sgt Reddington said.

"It’s our biggest focus. It’s something we’re always focusing on.

"Our goal is to have no deaths on our roads and this is a big part of that."

She warned drivers they would be breathalysed if stopped and said she wanted to enforce the message  not to drive after drinking excessively.

"Consider the impact it might have and make alternative arrangements instead."