12kg trout may be biggest from lake 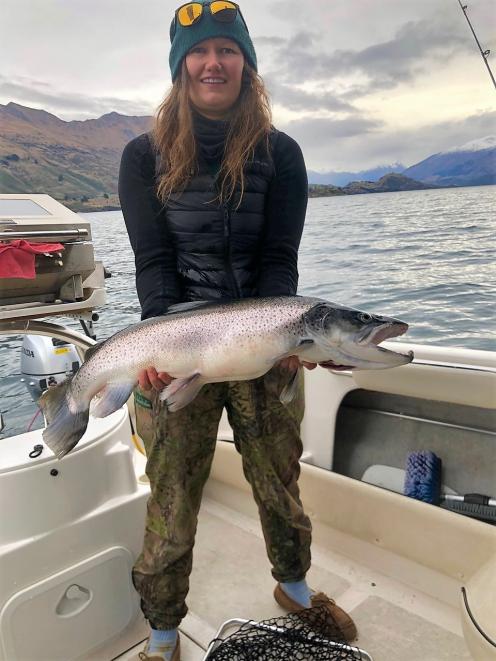 Ms McIntosh could not be contacted yesterday, but Fish & Cruise Wanaka owner Jeno Hezinger, who was on the fishing trip with her late last month, said the fishing newcomer was thrilled with her catch.

"The fish was caught on a cool, overcast day that was going pretty slowly up till that point.

"Emma was fishing an 8.6kg lead line at a depth of around 15m when the huge jack ate the traffic light-coloured Tillins cobra and made a run for it.''

"Usually, the big ones we catch are old and slow so aren't in that good a condition, but this was one of the healthiest we've ever caught, and definitely the biggest.

"Unfortunately, the fish totally swallowed the lure so there was no way to get it out and back into the water and survive.

"We considered getting it mounted but, as it was in amazing condition for a fish of that size, it ended up feeding us and a lot of our friends for a few days with bright orange flesh and really thick fillets,'' Mr Hezinger said.