Artists looking for a home

For 40 years the Wanaka Arts Society has promoted and supported local artists and crafts people and raised the profile of Wanaka as an arts destination through its Easter and Labour Weekend exhibitions.

Recently it "rebranded" to Wanaka Arts and is about to hold its biggest ever Labour Weekend exhibition but, in its 40th anniversary year, it still doesn’t have a place to call home. Kerrie Waterworth reports.

Vicky Fulton is a professional photographer and moved to Wanaka with her family two and a-half years ago.

Within days of arriving someone suggested she join the Wanaka Arts Society and exhibit her work in their Easter and Labour Weekend exhibitions.

Twelve months later Ms Fulton had became president of the Wanaka Arts Society and has since rebranded the society to "Wanaka Arts" and "rebooted" it through social media platforms to cater for a younger membership. 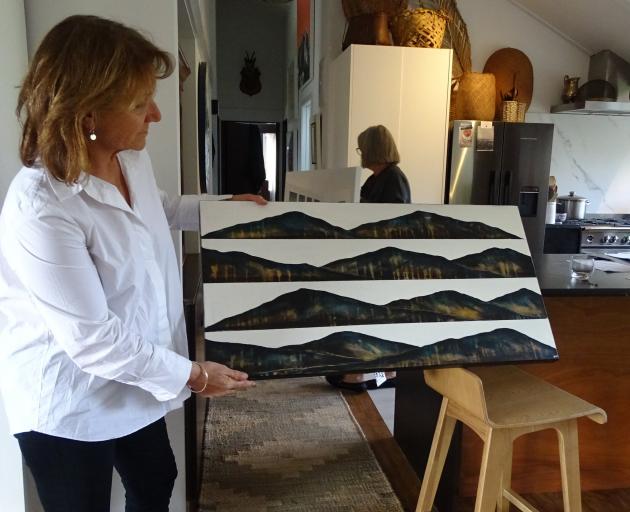 Wanaka Arts president Vicky Fulton holds one of the 200 works entered in this year’s exhibition. PHOTO: KERRIE WATERWORTH
"We are aiming at the person who wants to do art for the rest of their life. This will be their job, we don’t just want old and grey heads," she said, laughing.

It is steeped in Wanaka history, one of its early presidents was Phyllis Aspinal, of Mt Aspiring station.

From its inception, minutes were meticulously recorded by hand in a book and are now in the care of the Upper Clutha Historical Records Society.

Ms Fulton said not only did she notice how "beautifully written" the minutes were but also that one item had remained on the agenda every month.

"They have said the same thing that we are saying now, we need a space to meet, an arts centre, and we need somewhere to exhibit," she said. 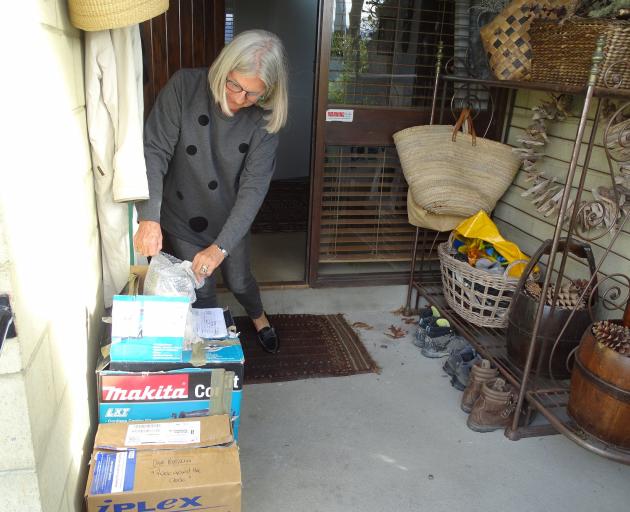 For years it has been kept in a shipping container on private property.

"I asked the Queenstown Lakes District Council four years ago if they would allow me to shift the container to a site that is owned by council and they refused.

"There is no-one on our side of the Crown Range supporting us," she said.

Wanaka ward councillor Calum McLeod has met the Wanaka Arts [Society] twice and supports its effort to find a home but said "you are dealing with the fastest growing district in New Zealand and there are lots and lots of calls on funding."

"We’ve got all these new houses in Wanaka, which means there are a lot of new artists here and a lot of empty white walls that need art on them."

The Wanaka Arts (Society) has had to use a shipping container on a private property to store its equipment for many years. PHOTO: VICKI FULTON
Wanaka Arts has entered into a "revolving exhibition" arrangement with the new Wanaka Community Hub, securing a "temporary" home for 15 members’ art works.

The artworks will be hung or displayed in the public spaces of the Community House for a 12-week period. The artists will pay a weekly rent and not a commission if the art is sold.

"It is quite a big thing for the Community Hub. They are putting us in charge of what art goes on their walls," Ms Fulton said.

In the meantime, the focus is on the 40th anniversary Labour Weekend exhibition, which will start on Thursday at the Lake Wanaka Centre.

More than 200 artists will be exhibiting, there is nearly $4500 in prize money and guest artists include Central Otago’s Grahame Sydney who will be critiquing works from six artists, including paintings by Jo Nimmo, in front of an audience.

Ms Nimmo has been exhibiting her paintings at the Wanaka Arts Society exhibitions for 30 years and said has never had her work critiqued before.

She is understandably "a little nervous".