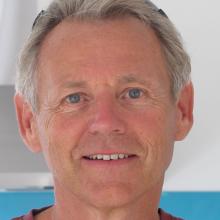 Peter Southwick
Construction of the long-awaited Wanaka Community House is set to begin in August.

The move was confirmed by Wanaka Community House Charitable Trust trustee Peter Southwick and co-ordinator Megan Williams at the Queenstown Lakes District Council’s long-term plan hearing in Wanaka on Wednesday. The two were representing the trust and its submission to the council for a funding allocation of $75,000 to go towards construction costs of the community house.

The trust has raised about $2.3 million for the estimated $3.8 million project, and is expecting to hear the result of a $750,000 grant submission to the Lotteries Community Facilities Fund in coming weeks.

No matter the outcome, Mr Southwick told councillors the trust had decided at its last meeting to begin construction of the facility, to be located on the grounds of St Columba’s Anglican Church in McDougall St, on August 1.

Ms Williams said if everything went to plan the community house would open some time next year.

The facility will include offices, meeting rooms and a 140-seat hallThe concept of a community house facility in Wanaka has been in the pipeline for about 15 years.

A council study in 2004 identified the increasing demand for a community house facility in Upper Clutha, and initial steps to design the facility were taken by the Anglican Church, before it handed the project over to the trust in 2011.

The trust was granted resource consent in June 2016. That was appealed to the Environment Court, which approved consent in December that year.

The trust had been raising funds since and would continue to do so.