'Like being hit on the leg with a hammer': Injured guide 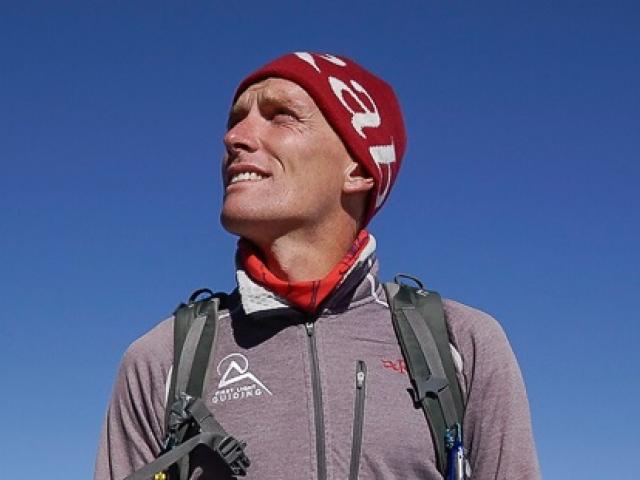 The climbing guide who got stuck on Mt Aspiring for over three days after being injured by a rockfall says he is glad to be home.

Gavin Lang, of First Light Guiding, was finally rescued yesterday from Bevan Col on the edge of the Bonar Glacier, having spent several days at Colin Todd Hut waiting for the weather to clear.

The accident, which left him with a bleeding and swollen left thigh, occurred early on Monday morning, two days into a five day trek up the mountain with a client.

"It was 5am, we were up at around 2500m and just transitioning from the rock to the snow. My client couldn’t put the crampon on one foot, so I bent down and put it on for him and tightened up. He must of lost balance or something, he was holding onto a rock pretty tightly and it just kind of exploded and he pulled it on to me onto my bent leg."

Mr Lang estimated the  rock weighed between 12 and 15kg and fell from a height of 1.2m.

"It was like being hit on the leg with a hammer".

However, he believed the injury was not serious and continued to ascend the mountain for close to an hour, only to turn around due to high winds and increasing cloud.

It was only on the descent back to Colin Todd Hut that he realised he was in serious pain.

"It wasn’t the worst injury, I was just walking wounded."

The Wanaka Land Search and Rescue and alpine cliff rescue team member was reluctant to call his friends for help as he was unsure if it was "justified".

"But everyone seemed to think it was," he said.

But the weather did not cooperate.

Finally, after three days holed up in the 4m by 6m hut, Mr Lang said his injury had recovered enough yesterday to "hobble" 3km to the regular helicopter pick up point at Bevan Col.

There, he and his client "waited for hours" before finally finding a clear landing spot and calling in the rescuers.

He praised the LandSAR team for being so willing to come and extract him.

"It is fantastic to have such a strong resource like the SAR team in Wanaka. It’s a pleasure to be part of it and to know that they’ve got my back when things go down. I never intended to be a customer, but these things do happen."