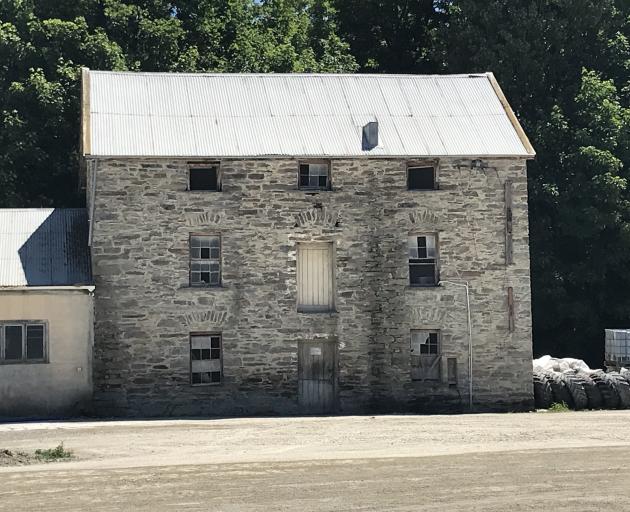 Mr Frost’s company, Lake McKay Limited Partnership, has applied for a non-notified resource consent to develop about 125 sections on a 15ha block behind Luggate.

In an interview with the Otago Daily Times this week, Mr Frost said it would significantly expand Luggate’s housing stock.

"I think Allan Dippie’s development added about 130 sections, and there were originally about 70 or 80 sections in old Luggate. So we are probably adding another 50% to 60% to Luggate. It’s a substantial increase, and I guess it is a natural place for it to happen.

"It is right beside Luggate and in my view, it’s better than squeezing a whole lot more 400sqm sections into Wanaka."

Details of the project were
still being worked through with the Queenstown Lakes District Council, but section sizes should be about 800sqm and at least
1ha of community reserve would be created beside Luggate Creek, Mr Frost said.

At a future stage a new village precinct would be created on the site of the Upper Clutha Transport Yard, with the historic Luggate Flour Mill as a centrepiece.

Mr Frost is a retired Deloittes partner and has been involved in several Upper Clutha subdivisions, including Peninsula Bay in Wanaka, with Infinity Ltd, and the Pukerangi subdivision near Luggate.

The Otago Daily Times asked Mr Frost what gave him confidence to continue developing in the present Covid-19 climate, when tourism had slumped and there were constraints on building supplies and capacity.

"Despite all the points you’ve made, there’s still very strong demand in Wanaka. Wanaka is still a very small place and there’s a lot of people who can work from home. The tradies are struggling to find somewhere to live ... We haven’t even advertised yet but we have sold 15 without advertising. There is plenty of demand there."

The ODT also asked Mr Frost how his Luggate development could help the Silverlight Studios Ltd’s application for film studios and workers’ accommodation near Wanaka Airport.

Heather Ash, the chairwoman of an independent fast-track consent panel overseeing the Silverlight application, last month described Wanaka’s housing issues as "critical" and a "key issue" for the panel’s consideration.

The Silverlight panel has been advised by economist Simon Harris there is no possibility, based on Wanaka’s existing housing stock, of accommodating the estimated Silverlight workforce (4100 full- and part-time workers in year 1), placing severe pressure on the housing market in the short and medium term.

Mr Frost said his Luggate subdivision did not specifically contain an affordable housing component but he was aware development must be affordable.

He believed house prices in Luggate were cheaper, per square metre, than in Wanaka.

He had not seen a need to enter into a special housing area agreement with the council, as other Upper Clutha developers had done.

Nor had he approached, or been approached by, Silverlight Studios Ltd.

"This is a major expansion for Luggate ... For Luggate, this will [deliver] in 2023, but Silverlight, they may well have accommodation needs well before that."

His team had considered developing a special area in Luggate for temporary, removable housing for a limited period of time, but that option was not in the plans before the council, Mr Frost said.

One example of temporary housing was the Queenstown Country Club retirement village project, where the Sanderson Group housed about 50 construction workers in removable on-site temporary accommodation, he said.

"It is something we would be open to considering."

However, for now he wanted to concentrate on earthworks, complete the subdivision application and obtain engineering approval, so services and roading work could begin about April next year.