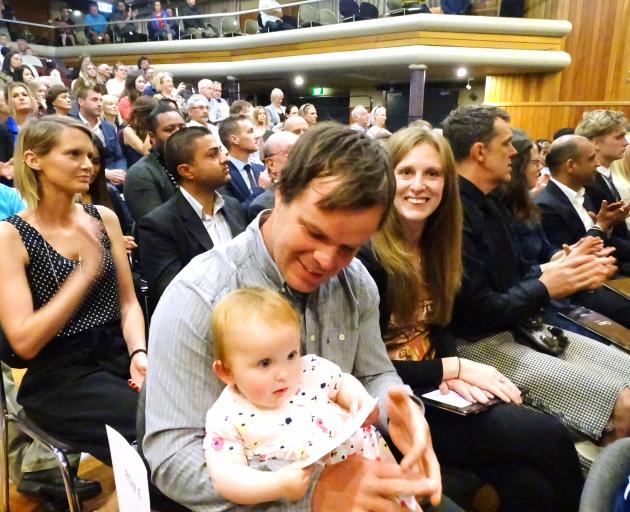 Almost all of them had to travel from Queenstown for the ceremony.

Amy Wilson-White, executive assistant to Mayor Jim Boult, said it was "appropriate" that a citizenship ceremony was held in Wanaka.

It did not pose any difficulties even though about 80 of the 92 new citizens and their guests were from Queenstown.

She said the afternoon ceremony was special for being held in Wanaka but also because all the councillors attended, having been on an induction tour around the Upper Clutha in the morning.

Mr Boult officiated at the ceremony, "welcoming home" the many former citizens of England, Australia, Ireland, South Africa, eastern and western Europe, Asia and the Pacific.

Two of the new citizens were Ashley Bolt and Kendall Smith, formerly of England, whose daughter, Tilly Bolt, was born in New Zealand nine months ago.

Mr Bolt said her birth was the impetus for both he and his partner to become New Zealand citizens.

"As a family, we could all be here together in New Zealand," he said.