Auckland's much-loved but often-maligned "creepy" Santa has been seen for the first time since he retired to the South Island, but he doesn't look well.

The video, shared by mariaalixoxo, shows Saint Nick still in pieces and one user commented: "They told Aucklanders he was going to a museum in Wanaka, not a land [fill]."

Santa was shifted to Wanaka's National Transport and Toy Museum in November of last year after museum owner Jason Rhodes bought him for $1 from Auckland's Heart of the City organisation.

At the time, Rhodes told The New Zealand Herald: "He's an iconic figure and he's got a smile on his face, trying to bring happiness to everyone around him."

After the footage was shared online, the museum confirmed that they still have plans for Santa, but that he's not ready to be on display.

An employee told Newshub that he needs a new coat of paint before he is put on show and is stored outside because of his size. 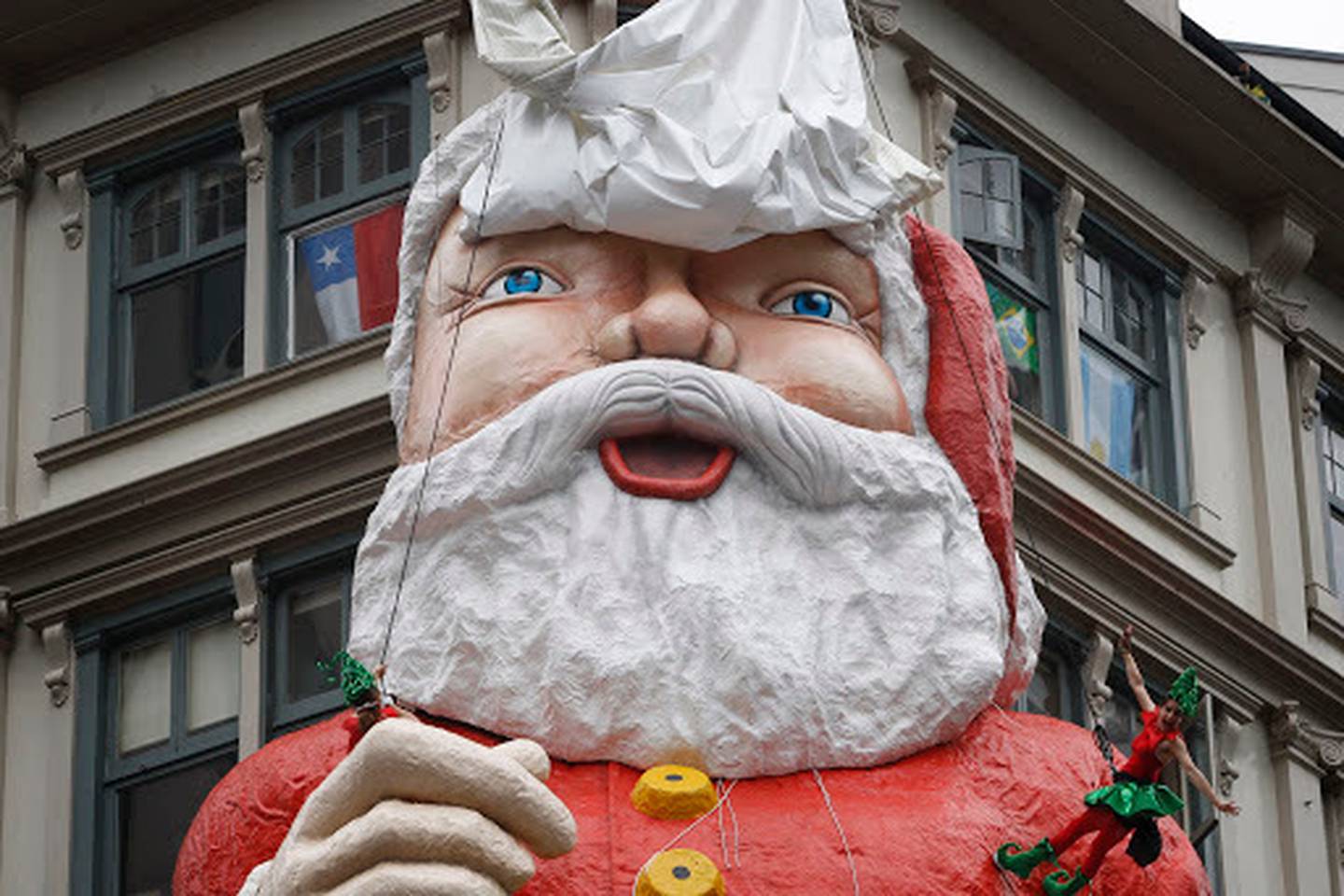 Santa in happier times. Photo: File
Ten years ago, Santa's moving finger, beckoning children to come and see him, and his winking eye were replaced with static ones.

Those moving features had sparked admiration and revulsion in equal measure throughout the years, with many Aucklanders having a soft spot for the eccentric decoration, while website Cracked.com labelled it "tragically disfigured".

It said the Santa's 2009 makeover, which removed moving parts and remodelled facial features, was to address its off-the-charts creepiness.